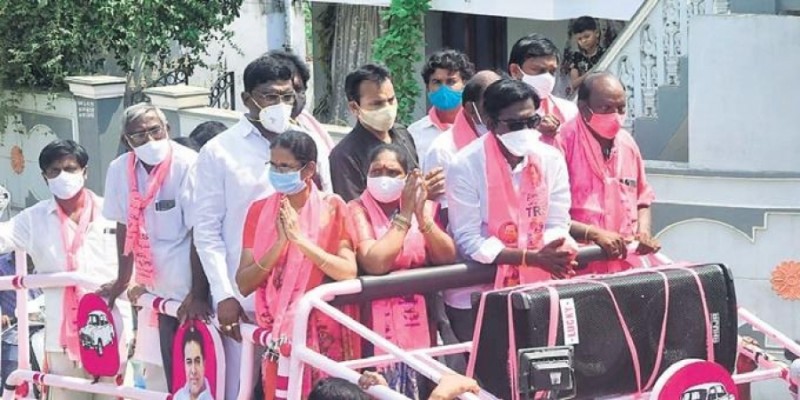 Khammam Municipal Corporation (KMC) elections is going to held soon. All parties are its peak to making efforts for victory. In this queue, TRS Party has intensified its campaign with an objective to register a sweeping victory. For this State Home Minister Mohammed Mahmood Ali along with Transport Minister Puvvada Ajay Kumar and TRS Floor Leader in Lok Sabha Nama Nageswar Rao addressed election rallies at various places in Khammam on Saturday.

For your information let us share here that in this rallies Ali said while addressing to the public that the TRS government led by the Chief Minister K Chandrashekhar Rao was working with an agenda of ensuring welfare of the people and achieving development of the State. Minority community was treated with great respect by the government. He also added that the Chief Minister accorded great importance to the education of SC/ST, BC and minorities. Residential schools and colleges were established for all the communities. Around nine lakh SC/ST and BC students were studying in residential institutions.

However, here it is to be noted that before 2014 there were only 12 minority schools and after TRS came to power as many 204 schools and 83 intermediate colleges were set up for minorities and around 91, 000 minority students are studying in them, the Home Minister explained.

Corona vaccine to be free for all people above 18 years in the state, Lt. Governor announces

CM Bhupesh writes to Central government, says vaccine price should be uniform across the country