New Delhi: A big update is coming out before the retention list of the Indian Premier League (IPL) is out. Kieron Pollard, one of the biggest players of IPL, has announced his retirement from the tournament, that is, he will never be seen playing IPL anymore. Kieron Pollard, who played for Mumbai Indians (MI) for 13 years, has now been made the batting coach of the team.

Kieron Pollard has given information about retirement on his Twitter handle. "It has not been an easy decision for me, but with a long discussion with Mumbai Indians, I have come to the conclusion that I will no longer play in the IPL. If I can't play with Mumbai Indians, I won't play with anyone.'' Pollard wrote that MI has achieved a lot and is now undergoing a transformation. This is not an emotional goodbye, because I have accepted the post of batting coach of the team, as well as I will be seen with Mumbai Emirates.

Pollard is seen as a legendary player in the IPL, he was associated with Mumbai Indians from the beginning. Kieron Pollard made his debut against the Delhi team in the year 2010, while in the year 2022, he played his last IPL match against the Kolkata team. Looking at the IPL record, Pollard played a total of 189 IPL matches, in which he scored 3,412 runs, including 16 half-centuries. Pollard has hit a total of 223 sixes in the IPL, as well as he did phenomenal bowling and took a total of 69 wickets. This is the reason why Kieron Pollard is counted among the best all-rounders of IPL.

Dhoni to join Team India back! BCCI planning something different 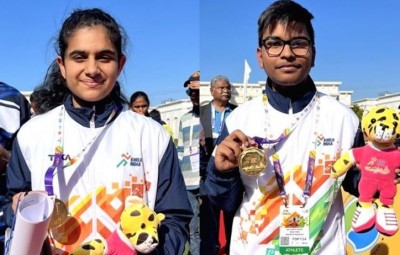