Following its poor show in last year's assembly elections in Bihar, the Lok Janshakti Party (LJP) is set to face another crisis as five of its six Lok Sabha MPs have joined hands to dislodge Chirag Paswan as their leader in the Lower House.

According to reports, the group of MPs has conveyed their decision to the Lok Sabha Speaker. There has been no official comment from either Chirag Paswan, who has not been keeping well, or the rebel group so far.

Sources said, while the rebel group, which includes MPs Prince Raj, Chandan Singh, Veena Devi and Mehboob Ali Kaiser, has long been unhappy with Chirag Paswan’s style of functioning, the LJP president has now been left virtually isolated at the top after taking on the mantle following his father Ram Vilas Paswan’s death in 2020.

Chirag had pulled out of the NDA in Bihar after the BJP decided to continue its alliance with the JDU for the Bihar polls. However, Chirag didn't field candidates against the BJP in the polls but claimed that Nitish might challenge Prime Minister Narendra Modi in the 2024 Lok Sabha polls. 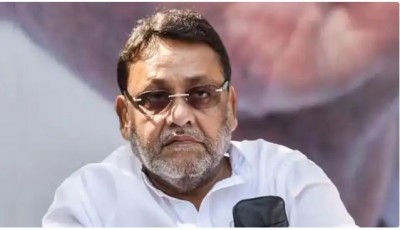