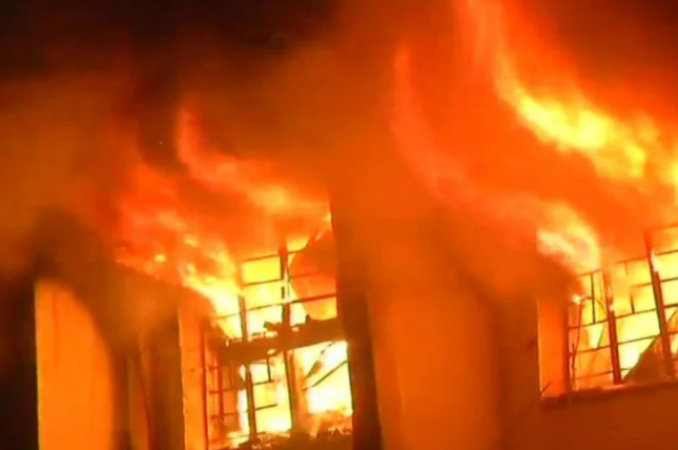 Mumbai: 40 vehicles have been gutted in a massive fire in a BMW showroom in Navi Mumbai, Maharashtra. According to the information, this fire started in Turbhe MIDC area of ​​Navi Mumbai. So far, there is no news of any loss of life or property.

Where it has been learned that after seeing the fire spreading rapidly, its information was given to the team of fire department. After which the police and fire brigade teams reached there to control the fire.

But the fire was so terrible that it took a long time of about six hours to control it. Due to which many expensive vehicles parked there have been completely burnt down. However, the cause of the fire is yet to be ascertained. Police say that they are taking action in this case.