Islamabad: Rejecting the government's criticism of the Pakistan Democratic Movement's (PDM) decision to hold a long march on Pakistan Day, the eight-party opposition alliance has promised to arrive in Islamabad on March 23 and has warned the authorities against using force to prevent the marchers from entering the federal capital, according to reports.

"So far, we've made the decision to travel to Islamabad. After arriving in the capital, the length of stay will be chosen (by the leadership) "Hafiz Hamdullah, a spokesman for the PDM, remarked during a press conference following a meeting of the alliance's steering committee on Tuesday.

In response to a question about the location of their protest march, Hamdullah claimed that millions of people from across the country would join the long march against price hikes, transforming the twin cities into D-Chowk, where the ruling Pakistan Tehreek-i-Insaf (PTI) held a 126-day sit-in while in opposition in 2014, according to the report.

When a media person pointed out that the army takes over most of the capital every year ahead of the March 23 military parade, raising the possibility of a clash, Hamdullah, who is also a senior member of the Jamiat Ulema-i-Islam (JUI-F), said the government would be responsible for anything that went wrong. 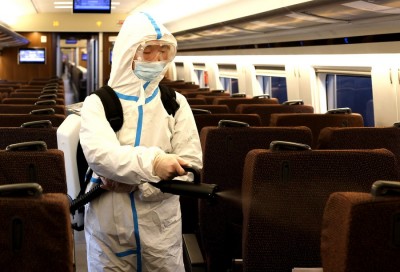