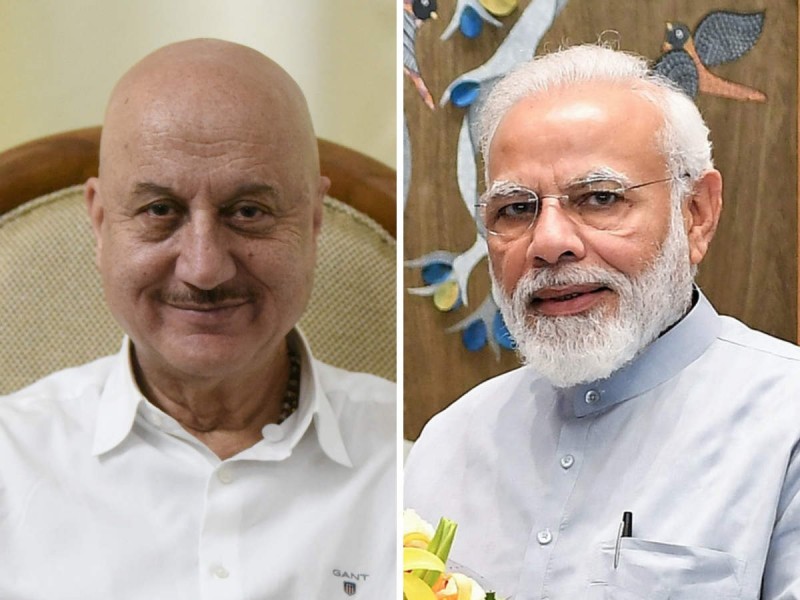 Bollywood actor Anupam Kher is always positive and always tries to inspire the young generation through his words. In this attempt, the actor wrote a book called 'Your Best Day Is Today' due to the lockdown. As soon as this book was published, there was a great response from all sides and everyone praised the actor openly. The name of Prime Minister Narendra Modi has also been added to this list.

Prime Minister Modi has written a letter praising Anupam Kher openly. PM Modi wrote that he has liked this book of the actor very much. In his eyes, there are many excerpts from this new book of Anupam Kher which are inspired by the learning of his mother Dulari. He has written, 'Right at the beginning of the book, I read that the title of the book is a phrase that your mother used to tell you every day as a child. The wisdom of your mother, Smt. Dulari Ji, in filling such positivity and spirit of purpose in her child each day has clearly paid off in your achievements.'

In a viral letter on social media, PM Modi has also talked about self-reliant India. Referring to Anupam Kher's book, he said, "I am confident that the contribution of India and every Indian on this earth is going to prove very important. This is what I say is the beginning of a self-reliant India.' It has also been said by PM Modi that this book of Anupam Kher gives the message to remain united and strong in difficult times to everyone.