New Delhi: Pollution has once again knocked in Delhi. In fact, the air quality here remained in a worrying state for the second consecutive day today i.e. on Tuesday. At the same time, on Monday, smog was seen in Delhi. In fact, the air quality i.e. AQI in Delhi's Anand Vihar has reached 418. According to the air bulletin issued by the Central Pollution Control Board here, the air quality in Anand Vihar was 418. Let us tell you that a day before that i.e. on Monday, there was 405. With this, Anand Vihar was the most polluted place in the capital for the second consecutive day.

Now it is believed that the air quality may worsen in the coming time. Let us tell you that air quality when severe affects healthy people and severely affects people with existing diseases. Along with this, people have difficulty in breathing. Let us tell you that the air quality in most of the areas of Delhi was above 100 and due to this, people with lung, asthma and heart diseases can have problems like breathing problems. At the same time, the air quality had improved due to rain in Delhi. Last Sunday evening around 7 pm, the AQI was recorded at 50, which falls in the 'good' category.

At the same time, SAFAR had forecast that from September 21, with the increase in the speed of the winds, there may be light drizzle. Simultaneously, the fall in temperature and the level of pollution was estimated to be good or satisfactory. Let us also tell you that AQI between zero to 50 is considered good, 51 to 100 satisfactory, 101 to 200 as moderate, 201 to 300 poor, 301 to 400 very poor and 401 to 500 as severe. goes. 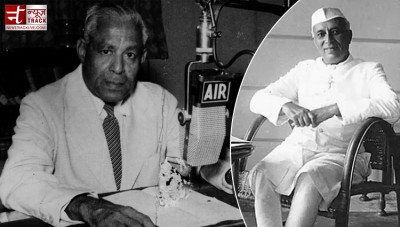