These veteran leaders share their openion on Dhoni's retirement New Delhi: Former India captain Mahi has retired from international cricket on Saturday. An era of cricket has also come to an end with the decision of Mahi, one of the greatest cricketers to have captaincy in the non-traditional style and the art of leading the match. A day before this announcement, he arrived in Chennai to join the CSK team for the IPL to be held in the UAE. This sudden decision of Mahi has shocked everyone. Know what political celebrities started reacting to this decision of Mahi ... 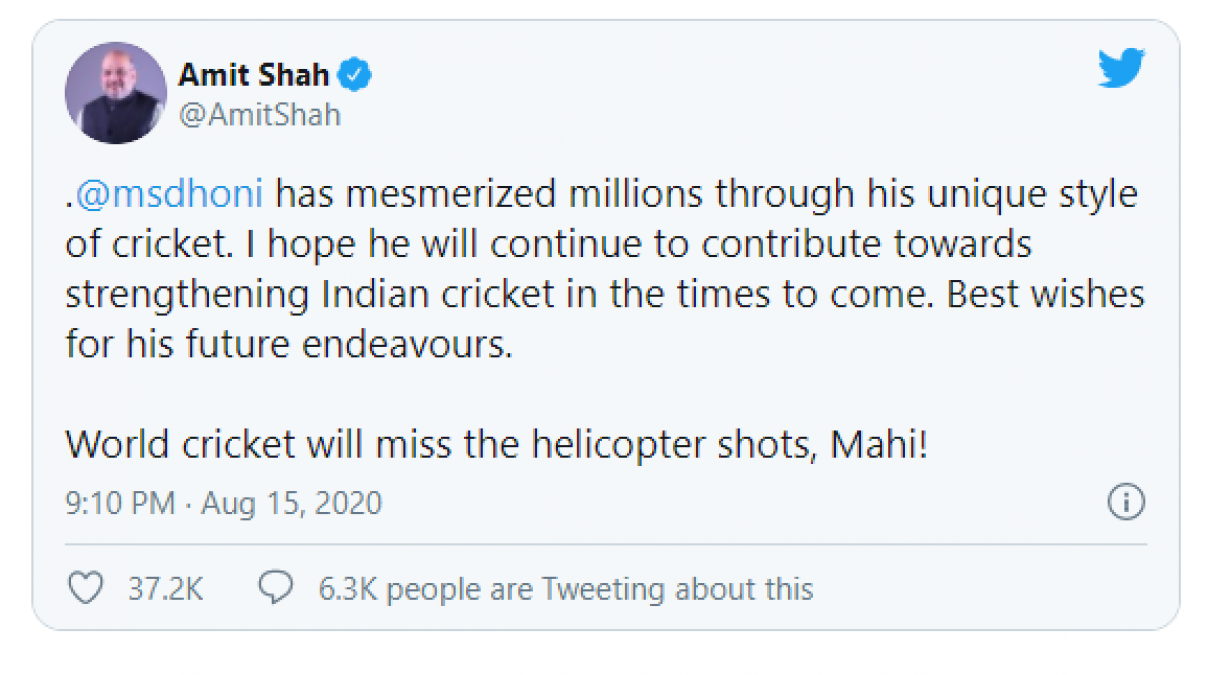 Shah said, the world will miss helicopter shots: Union Home Minister Amit Shah said that I too am in the greetings of millions of cricket fans around the world. I thank Mahi for his unique contribution to Indian cricket. His calm nature has seen many hot turns in favor of India. Under his captaincy, India received the title of World Champions 2 times in different formats of cricket. Mahi mesmerized millions of people with his unique style of cricket. I hope that he is going to contribute towards strengthening Indian cricket in the coming time. Best wishes for his future endeavors. The world will miss the helicopter shots in the World Cup. 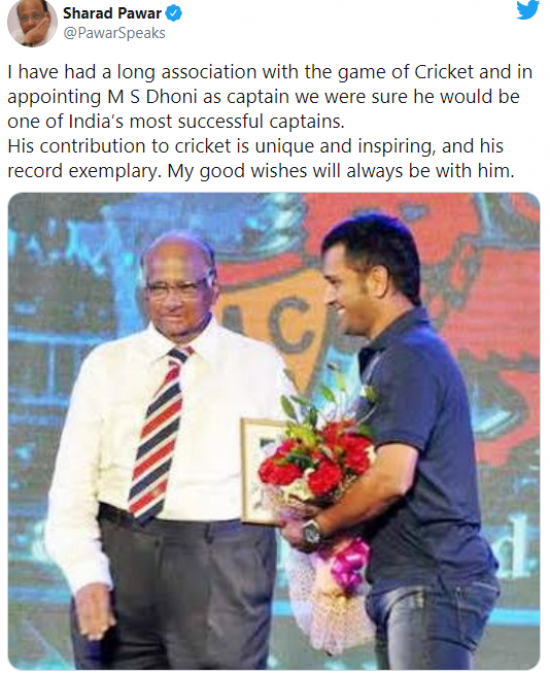 Sharad Pawar said, Dhoni's contribution unmatched: Nationalist Congress chief Sharad Pawar increased Mahi's contribution to the game. Pawar, former chairman of the Indian Cricket Board, said that I have a long association with cricket and when we made Mahi a captain, we were sure that he was one of the most successful captains of India. His contribution to cricket is unmatched and inspiring and his record was huge. My best wishes will always be with them. 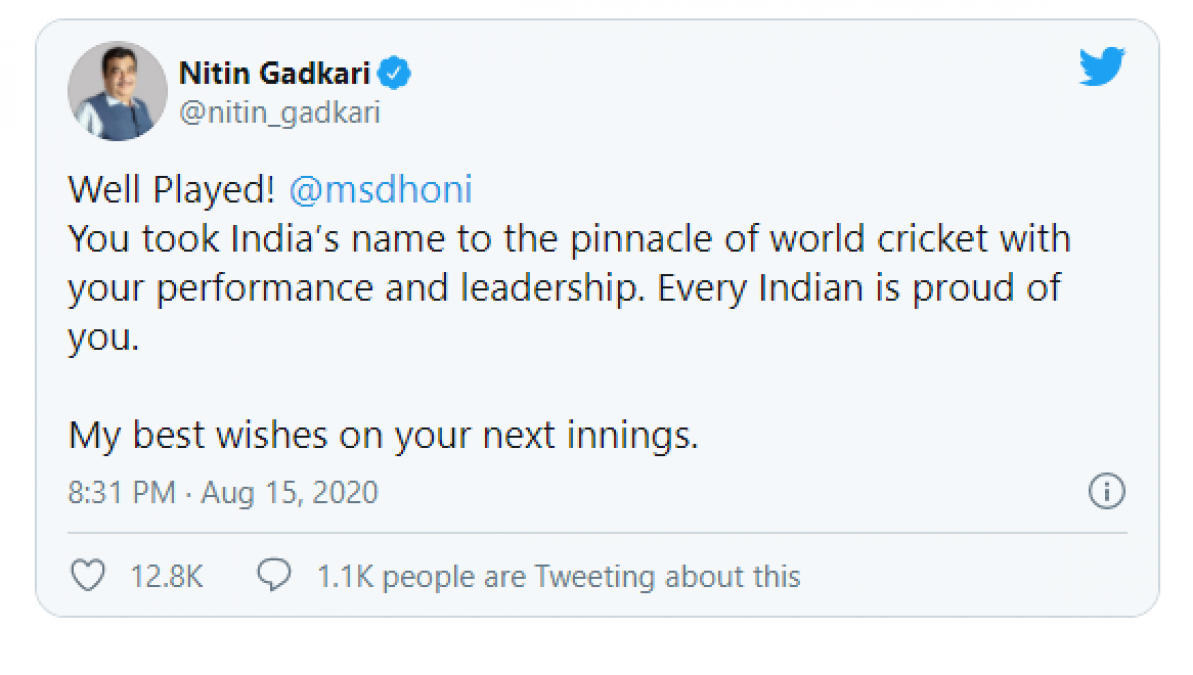 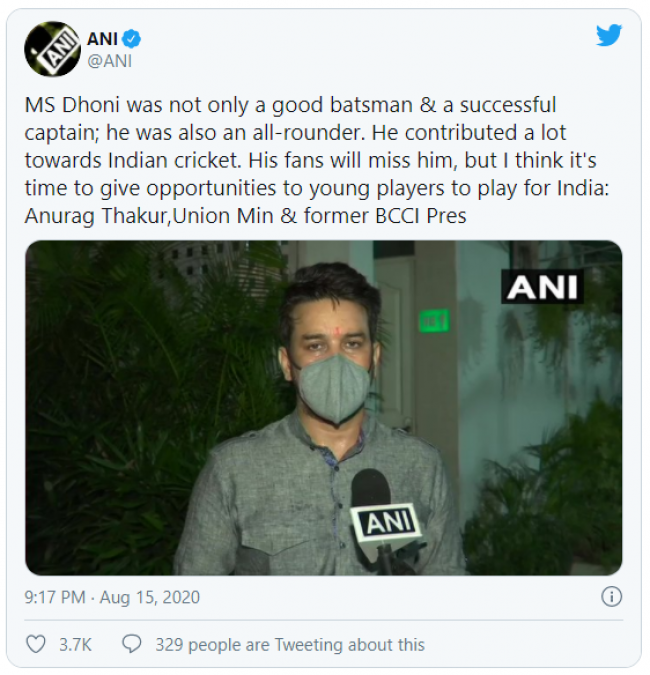