Sonam Kapoor reveals she lacks this thing in her body Sonam Kapoor Ahuja, known as Bollywood's fashion diva, is currently in the spotlight for a number of reasons. It was only in the past that she made a statement about India-Pakistan, which was agitated.  She has now revealed on Instagram that she is suffering from iodine deficiency. Yes, Sonam recently wrote in his Instagram story: "Information for all vegetarians and vegan people. Please make sure that you use the same salt that contains iodine content. I just found out that I lacked iodine."

Sonam also said that "table salt is the easiest way to get iodine." At the same time, India captain Virat Kohli had also announced that "he is also becoming vegan." Rely more on things that are made.

According to reports, vegan Diet is the most healthy diet for any human being and is also the best environmental diet. Sonam has now become a part of the limelight.

Another Trailer of Chichchore Released, You'll Remember Your College Memories!

Collection: Akshay Kumar's Mission Mangal is Breaking The Record Of His Own Films, know Total Earnings! 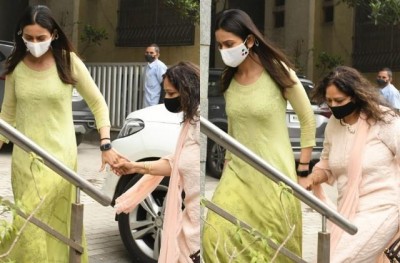