United Kingdom: British police said on Tuesday they are charging a third Russian suspect in the 2018 nerve agent attack on a former Russian agent in England. Scotland Yard said prosecutors believe there is sufficient evidence to charge Denis Sergeev, who went by the alias "Sergey Fedotov," with conspiracy to murder, attempted murder, possessing and using a chemical weapon, and causing grievous bodily harm.

Former Russian spy Sergei Skripal and his daughter, Yulia, were targeted in a nerve agent attack in March 2018 in the English city of Salisbury that British authorities said had almost certainly approved been "at a senior level of the Russian state." Moscow has vehemently denied the allegations. The Skripals survived, but the attack later claimed the life of a British woman and left a man and a police officer seriously ill. Police previously charged two other Russian military intelligence agents, known by their aliases Alexander Petrov and Ruslan Boshirov, saying they traveled to the UK for the poisoning operation then flew back to Moscow.

Russian President Vladimir Putin has claimed the suspects were civilians, and the two suspects later appeared on Russian television claiming they had visited Salisbury as tourists. Police said Tuesday they have evidence that the third suspect, Sergeev, was also a member of the Russian military intelligence service known as the GRU.

France rallies European Union as trust in US, UK and OZ wanes 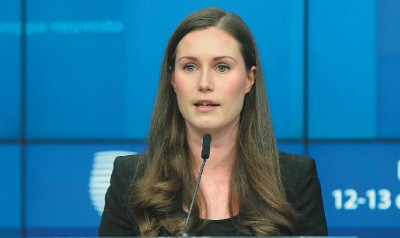