Durga Puja: Goddess statue being given the form of 'Mamata Banerjee,' people said this Kolkata: With just a few days to go before Durga Puja arrives, this time the people of Kolkata will see 'Maa Durga' in a new and unique form. A statue of West Bengal CM and Trinamool Congress (TMC) supremo Mamata Banerjee is being erected at Kumartuli in Kolkata. 3 committees have cooperated to prepare a statue of Mother Durga like CM Mamata Banerjee. Users on social media have been reacting sharply to the issue in view of the recent violence in Bengal.

"Every person in Bengal considers her as Goddess Durga. The benefits she provided to people haven't been seen in world," says Partha Sarkar, Vice Pres, Nazrul Park Unnayan Samiti pic.twitter.com/wZZzUlUTBc

Parth Sarkar, Vice Chairman, Nazrul Park Upgradation Committee said, "Everyone in Bengal considers her (Mamata) as Goddess Durga. The benefits they have given to the people have not been seen in the world.'' Social media users are reacting to this in a variety of ways. 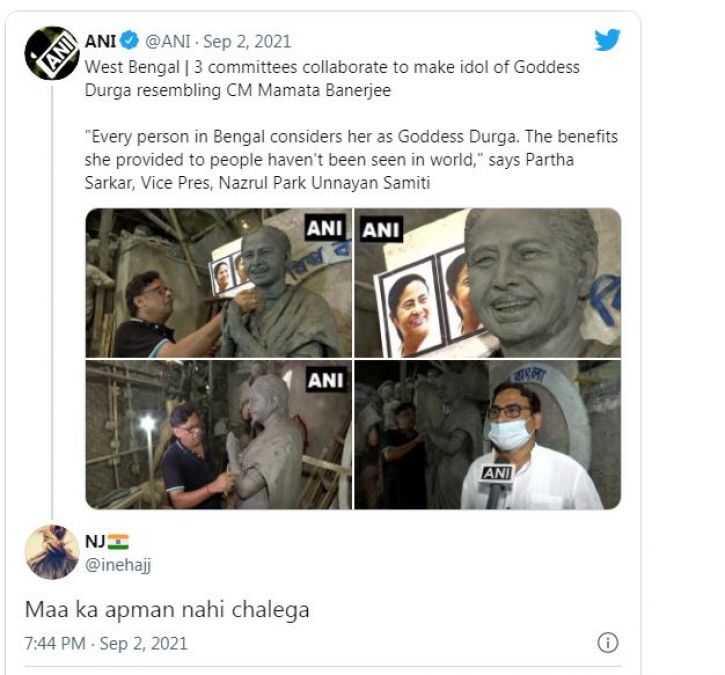 One user wrote, 'Maa Ka Apmaan Nahi Chalega.' Another user described West Bengal as the new Taliban. Another user wrote, 'Is it absolutely foolish to compare the goddess with the Chief Minister? They should not even let anyone do it.' 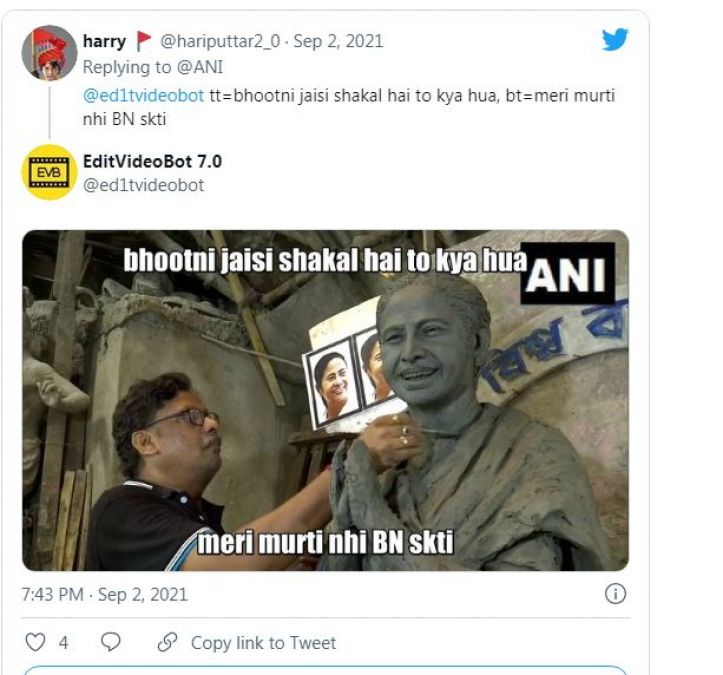 One user demanded that a case of blasphemy be registered against the sculptors and wrote, "This is nothing less than hurting religious sentiments by calling my God a Butcher of Bengal.'' Another user wrote, 'Please stop insulting Hindu gods and goddesses and festivals like this. It is too much. Please close it. Idols of demons should be made like Mamata Banerjee, not goddesses.'

Bihar villages to be lit up with milky lights, know what's the govt's plan?