Jaipur: Amidst the ongoing temple mosque controversy in the country, now a big news is coming out of Rajasthan. Actually, Maharana Pratap Sena has claimed to be the temple of Hazrat Khwaja Garib Dargah located in Ajmer. The organization has also written a letter to Rajasthan CM Ashok Gehlot and the central government, demanding a probe into it. 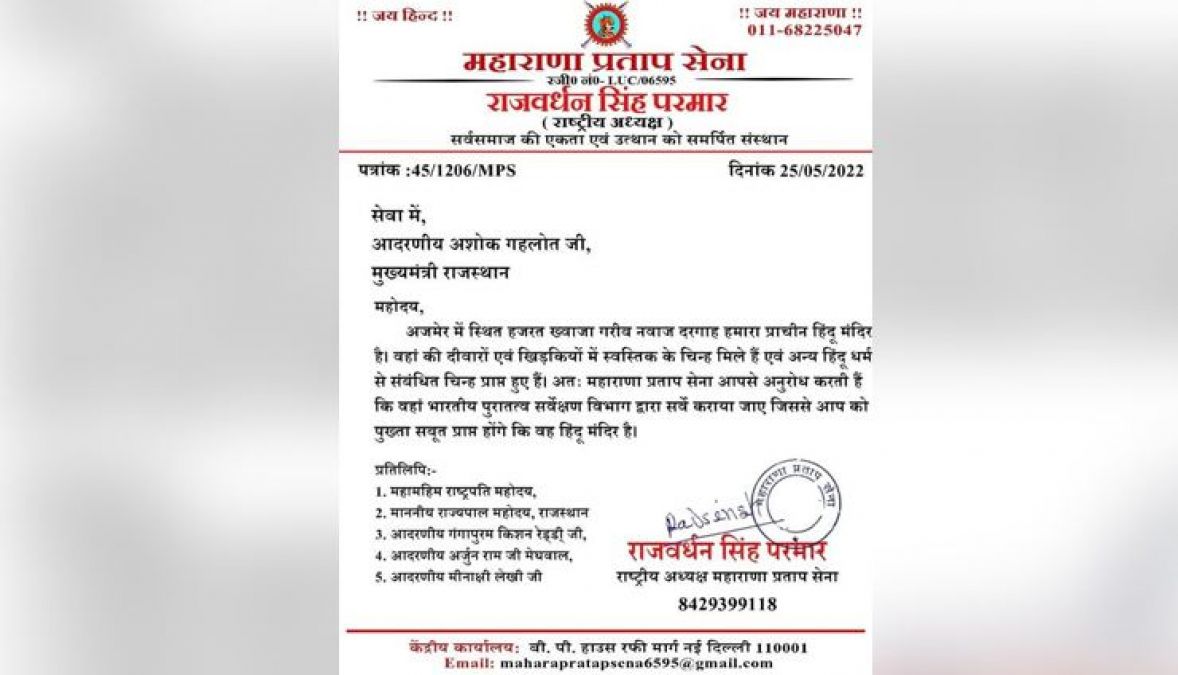 The officials of Maharana Pratap Sena have also sent a picture, in which Swastika symbols are seen on the windows of Ajmer Dargah. Rajvardhan Singh Parmar, the founder of the Maharana Pratap Sena, claims that the Hazrat Khwaja Garib Nawaz Dargah in Ajmer was an ancient Shiva temple, which was later erroneously converted to a dargah. Rajvardhan Singh Parmar says that what is the function of Swastika in Dargah? This is the subject of investigation. We have raised the issue. The government should investigate this. Maharana Pratap Sena has written a letter to the Government of Rajasthan, Governor, Central Government in this regard.

Army Chief Parmar has said that if the investigation is not done in a week, he will meet the Union Ministers. Still, if no solution is found then a big movement will be launched. The workers of Maharana Pratap Sena will go to Ajmer in the number of 2000 and will agitate. Also, the door of the court can also be knocked on.