Damascus: Syrian authorities have recovered 100 bodies from a Lebanese migrant boat that sank off the Syrian coast last week, according to state media, in one of the deadliest recent ships in the eastern Mediterranean.

The first bodies were discovered last Thursday, and only 20 of the 150 passengers were rescued. "The number of Lebanese boat victims has so far reached 100 after another body was found at sea," Syria's state-run news agency SANA quoted Syrian ports chief Samar Kabrasli as saying on Monday.

According to Sana, all the survivors have been discharged from the hospital. After nearly three years of deep economic crisis, Lebanon has become a transit point for migrants, with its own citizens joining Syrian and Palestinian refugees desperate to escape rising poverty through dangerous sea voyages. 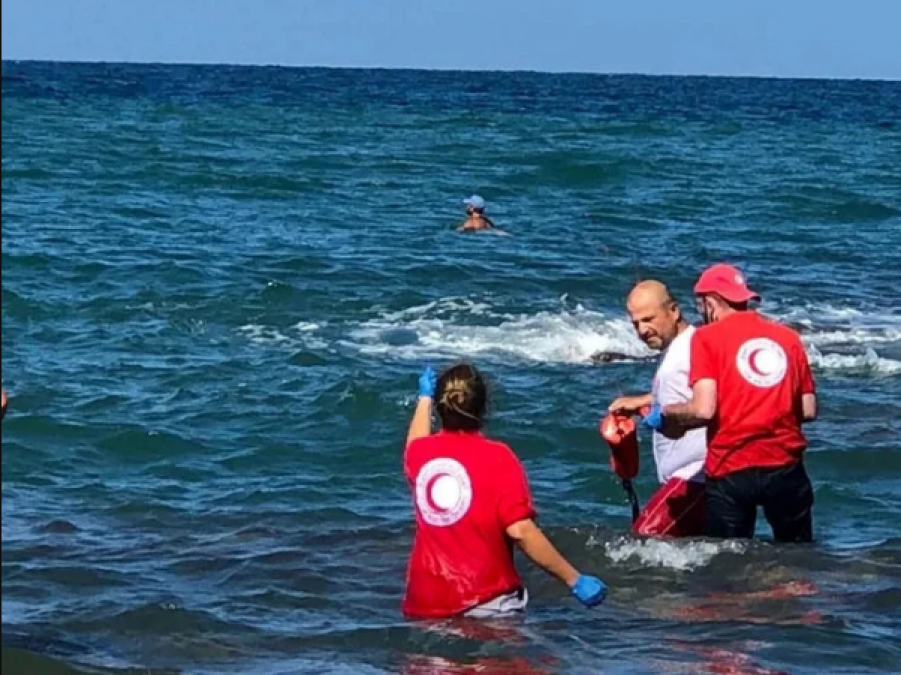 Members of Syrian Red Crescent work at a shoreline following a migrant boat, which according to Lebanese and Syrian officials, sank off the Syrian coast after sailing from Lebanon, in Tartous, Syri

According to the United Nations, the ship, which departed from the poor northern city of Tripoli in Lebanon, was mostly Lebanese, Syrian and Palestinian, and included children and the elderly. Lebanon is home to more than one million Syrian refugees and has been mired in a financial and economic crisis called "the worst in modern times" by the World Bank.

The shipwreck was described as a "heartbreaking tragedy" by Filippo Grandi, the United Nations High Commissioner for Refugees. Since 2020, Lebanon has seen an increase in the number of migrants attempting to cross Europe dangerously in overcrowded boats.

According to UNICEF, ten children appear to be "among the dead", and "years of political instability and economic crisis in Lebanon have pushed many children and families into poverty."