Aamir Khan Shares a pic with her “baiko”, shows the warmth of marriage bond Aamir Khan and Kiran Rao truly make a power-couple together and there is no denying that every young couple feels to be like these two, one day. Aamir Khan’s latest picture with Kiran Rao boasts of the love that they have for each other. Aamir Khan took to social media and shared a Marathi couple picture of himself with his wife. The picture was taken on the sets of the Marathi show, Chala Hawa Yeu Dya. In the picture, Aamir can be seen donned in a kurta and wearing a Nehru cap on his head. Kiran, on the other hand, has attired herself in a saree along with Marathi nose ring and jewellery. What’s even more interesting is Aamir’s caption to the following picture, which can be read as, “The cutest in the world... mazi baiko.” 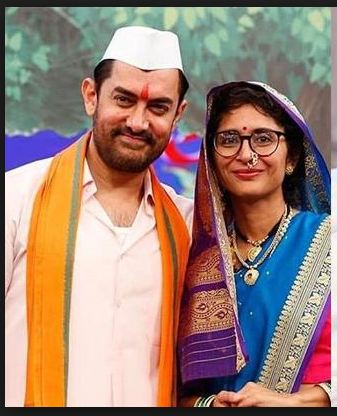 In a recent interview with a Chinese media portal, Aamir Khan had talked about how he fell in love with Kiran, after divorcing his first wife, Reena Dutta. Aamir had said, "I met Kiran when I was doing Lagaan. She was one of the ADs (assistant directors) on that but at that time, we didn’t have any relationship, we were not even great friends. She was one of the people on the unit. It was after my separation and divorce after some time that I met her again." 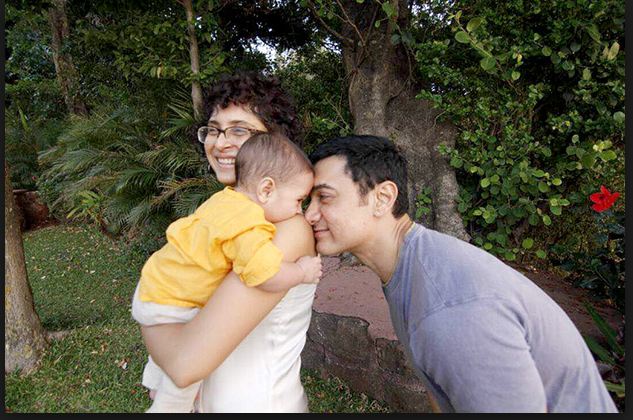 Aamir Khan further went on and added, "In that moment of trauma, her phone came, and I talked to her on the phone for half an hour. And when I put the phone down, I said, ‘My God! I feel so happy when I talk to her.’ It struck me in that instant that when I am talking to her I am so happy." Aamir and Kiran had been in a live-in relationship for over a year and a half. Talking about the same, Aamir Khan had remarked, "Then we began dating, we began seeing each other. We lived together for a year or year and a half before we got married. I can never imagine my life without Kiran as my partner. I feel very blessed and I'm very grateful for it.”