Puri: The Archaeological Survey of India (ASI) has requested the Shree Jagannath Temple Administration (SJTA) to open the 'Ratna Bhandar' of the 12th-century temple located in Puri, Odisha. The superintending archaeologist of ASI, in a letter to the chief administrator of SJTA, said that the inner chamber of the Ratna Bhandar (treasury) should be opened to observe any possible influence of climate on its condition and structure.

The ASI has also sent a copy of the letter to the director general of the state's law department and archaeological research and the premier organisation responsible for preserving the country's cultural heritage. The ASI letter comes after Gajapati Maharaj Dibyasingha Deb, head of the temple management committee, requested to open the 'Ratna Bhandar.' The temple management committee had also raised the issue of opening the inner chamber of the Ratna Bhandar in its meeting held on July 6. The Ratna Bhandar of the Jagannath temple has at least two chambers.

According to temple sources, the 'Bahar Bhandar' houses jewellery worn by gods and goddesses every day, while other jewellery has been saved in the 'Bhitar Bhandar.' On the directions of the Orissa High Court, an attempt was made to open the inner chamber of 'Ratna Bhandar' in April 2018, but due to a lack of keys, it could not be achieved. Therefore, a team of ASI, officials, priests and others inspected the Ratna Bhandar from outside. Earlier, the 'Ratna Bhandar' of Lord Jagannath temple was opened in 1978 and 1982. 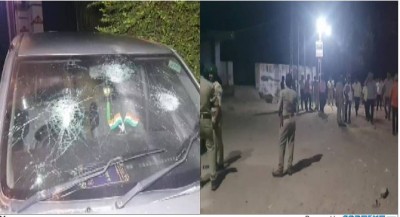