It came as a shock to many as thousands of vehicles in Delhi-NCR suddenly became non-operational due to the decision. But now, with this move, they can continue to use the same vehicles as Ev after converting electric vehicles into diesel-powered vehicles. While the move will help old diesel vehicle owners continue to use vehicles, it will also help develop the EV aftermarket business ecosystem. The announcement comes at a time when the national capital is facing severe air pollution and vehicular emissions are among those contributing to it.

Delhi is now ready for ICE for electric retrofitting, Gehlot said in a tweet. "Delhi is now open to ICE for electric retrofitting! Vehicles can convert their diesel into electric engines if found fit, the department will list manufacturers of pure electric kits by approved testing agencies. Once empanelled, it will enable vehicles to ply ahead of here. 10 years," he wrote in his Twitter post. 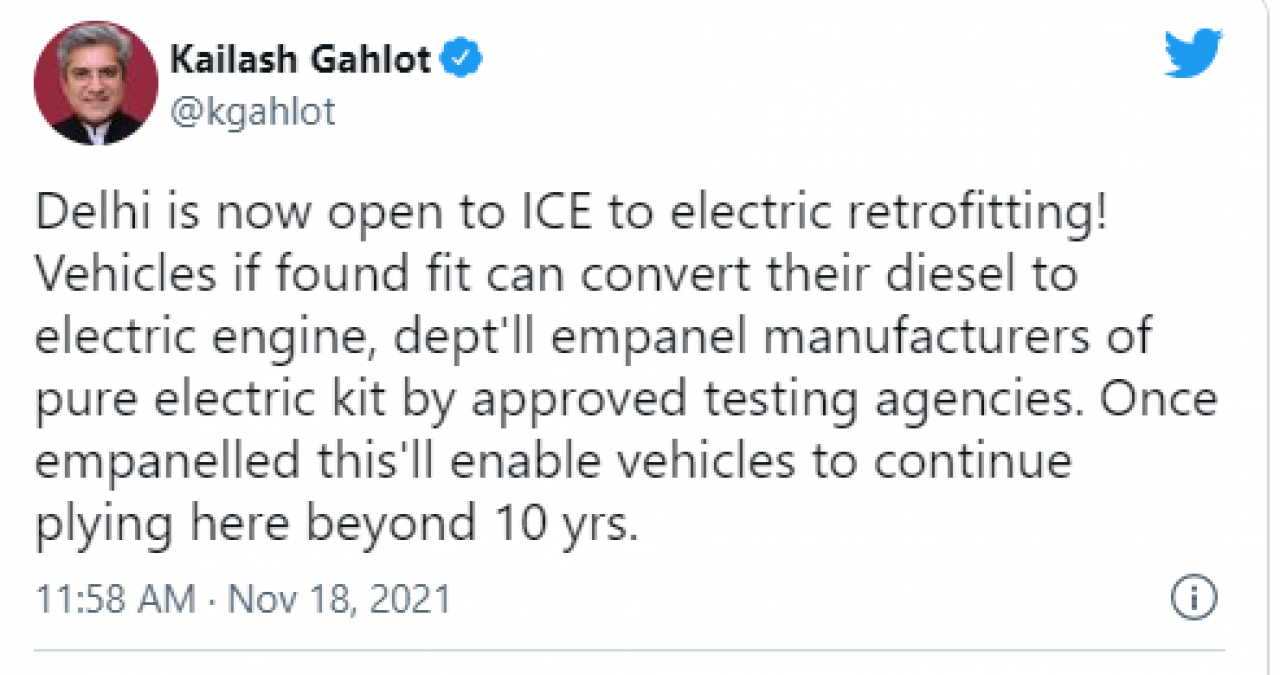 Besides allowing retrofitting of diesel vehicles with electric kits, the Delhi government has also decided that from now on electric light commercial vehicles will be allowed to enter about 250 roads during no entry hours. The government believes that the move will further boost the reach of electric vehicles in the state. In another tweet, Gehlot said, "Good news for Electric Light Commercial Vehicles (L5N and N1). In order to adopt EV, we have exempted these vehicles from any restrictions from plying on identified roads and useless parking during 'No Entry' hours. LCV reg. Already EV has seen a 95% increase since the launch of the policy!"