Recently we have updated you with the news that Anil and Boney Kapoor headed towards Haridwar and performed the last rituals of late Sridevi. Both now both are captured at the Mumbai airport today. 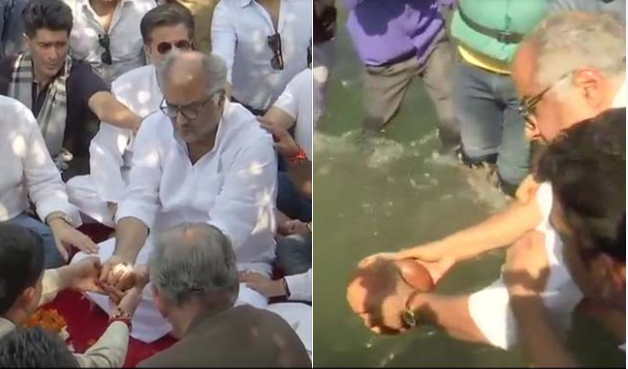 Sridevi, who was an icon of Indian cinema, passed away on February 24, following an accidental drowning in Dubai, according to the reports.  Sridevi's untimely death left the entire country in shock. Her fans from around the world got together in Mumbai for her condolence meeting and mourned for the legendary actor's loss.

It is also reported that the prayers in Chennai will not be held on the 13th day but it will be held in Sridevi's hometown on the 16th  day.

Sridevi Kapoor was an Indian actress and film producer who starred in Tamil, Telugu, Hindi, Malayalam, and Kannada films. Often referred to by media houses as Indian cinema's "first female superstar", she was the recipient of two Filmfare Awards and three Filmfare Awards South. Sridevi ranked among the highest-paid actors in the 1980s and 1990s and is considered to be one of the most popular actresses of Indian cinema.