On May 26, a CBSE student Meenakshi failed the Class XII boards with 16 marks in the English core. then came the news that the CBSE had not added her marks correctly. and her actual marks came out to be 80. Which was really shocking.
According to Meenakshi "Forget failing, I could not have scored anything less than 80," Meenakshi said. "They didn't add 64 marks, so all I got was 16, which has now become 80."

In the previous year also CBSE was blamed for the totalling mistakes and have once again committed the same mistake, annoying so many students of  class10th and 12th. Although the board authorities haven't revealed as to how many applications they have got, and the number of results to be retotalled. According to a trusted source, approximately 10,000 applications for verification.

A student from Mumbai who scored 80% in all the subjects, actually got just 50 marks in Maths. after the retotalling, he was given a 90 in Maths.

Amit who is a student of class 12th was given just 44 marks in geography but he scored 90% and more in various other subjects. After the re-evaluation, it was proved that he was not given additional 51 marks, after which he scored 95 in geography.

The board is extremely embarrassed by its mistakes and is keen on making efforts to reduce the errors. it has decided to provide two evaluators with one answer booklet.

Narendra Modi to meet the foreign minister of UAE

Miss India 2018 considers herself to be a Tomboy 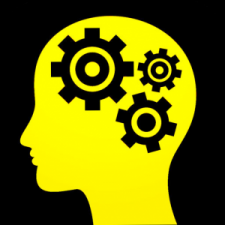