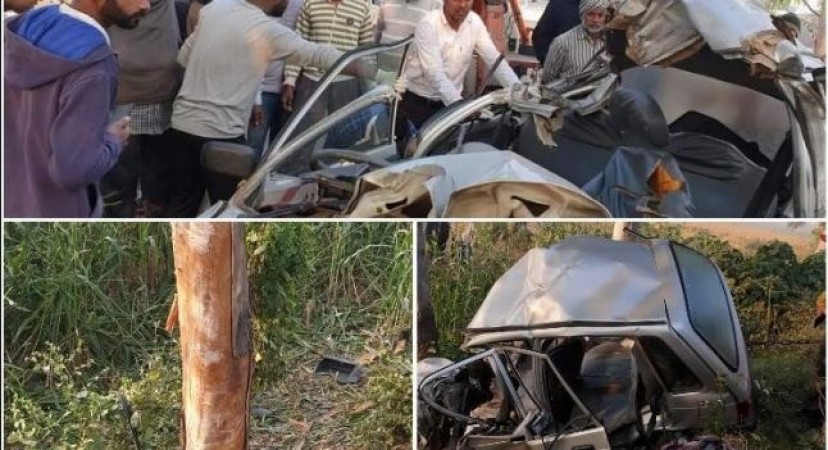 Haryana: There is a piece of big news from Haryana. In fact, there is a major road accident in Haryana Shahabad Markanda. Five persons have died on the spot in the accident. The incident was reportedly so horrific and horrific that the police with the help of a crane pulled the bodies out of the car and sent them to the post mortem house. The car reportedly hit a tree on the highway while the police rushed to the spot as soon as they received information about the case.

The incident is said to have taken place on Shahbad Highway. The accident was so big and terrible that the car's trials were blown away. Five people reportedly died on the spot in the accident. Police administration reached the spot and fished out the bodies with the help of a crane and sent them to post mortem house Kurukshetra LNJP Hospital. On the other hand, police said that it was reported over the phone that a car had hit a tree on the side of the road on the highway.

Locals say the driver had lost balance with the car and the car collided with a tree in Rajwah below the road due to speeding and the car was badly destroyed and all the five persons died on the spot. Those who witnessed the incident lost their senses and those who said they have so far seen the scene of the accident in front of their eyes.

A five-year-old boy was taken by a wild animal in Shimla, Search on

'Uncle Shivpal to be respected more than before': Akhilesh Yadav