Guwahati: Assam Chief Minister Himanta Biswa Sarma said, "No citizen of India should oppose CAA seeing what happened in Afghanistan. I am sure the passage of CAA is getting better appreciation now." The Assam Chief Minister further reiterated regarding the settling of Hindus from Bangladesh, "Hindus have right over India as it belongs to them.

The word 'Indian' was coined in 1947, but for the last 7,000 years, our civilization was known as Hindus. I believe in civilization and it is a Hindu civilization. You cannot separate us from our roots.” He further said that every Hindu who is facing trouble in any country, his motherland always has to return. Taking a jibe at Badruddin Ajmal, CM Sarma said that Illegal migrants pose a threat to Assamese culture and identity.

“It began in 2006 when the UDF under Badruddin Ajmal emerged in Assam and since then, politics has been fragmented. If immigrant Muslims try to claim their identity, indigenous Muslims, Hindus and Christians alike have Said they have the right to counter communal politics," the CM said. The immigrants pose a threat to the culture and identity of Assam. Earlier we were not so vocal. But once we entered communal politics, we started responding, the chief minister said. 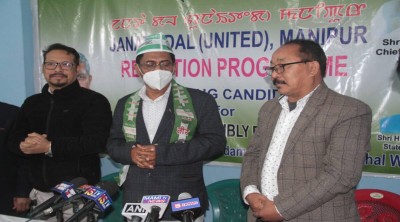