Mabast King: The YouTuber Who is Here to Change Your Perspective The world has changed massively with the waves of technological advancements.

Even a decade ago, only normative roles would have been considered as proper jobs or establishments, which would later be only considered helpful as they belonged to the paradigm that the world considered to be a standard. It has been only recently that the world and society have changed their outlook and has become more welcoming to newer things that they would not fit earlier into their standard of conscious practising norms. If one looks at this change of normative, one would first notice the change in the world of occupation.

YouTube and YouTubers have taken the world by storm, they have influenced the way one thinks and sees the world. And this has definitely positively impacted the world in bringing an outlook which no one would have expected. When one thinks about this change, one of the YouTubers who come to everyone’s mind is Mabast King. Mabast King at just the young age of 22 is one of those rising global stars who are here to stay and alter one’s mindset in a way they would have never imagined could have changed. He has more than 290K subscribers on YouTube and more than 100K followers on Instagram. He also has a prominent Facebook and TikTok account. The strong and charismatic personality with a really well-built body is just not the only thing one could focus on when they think of Mabast King. What he is really known for is his YouTube channel and it is from where he gained his followers. He is the content creator everyone wants to look up to for his various unique videos, which is his USP.

Mabast King is six feet and one inch tall. He weighs approximately seventy-nine kilograms. He was born and brought up in Erbil Kurdistan. He was born on 27th January 1999. His birth name was Mabast Bahaden, which he later changed to his YouTuber name as Mabast King and popularly came to be known as this. He is known for his quirky and humorous videos, which makes him distinctive from everyone. But the thing that makes him stand out is his passion to portray the Kurdish society and culture in well thought out, authentic and real way.

This strong desire to the portrayal of his own society and culture could be seen as the main aim of his YouTube Channel. Something which was just started as a fun endeavour later became a passion which he could not leave behind. Through his channel, he shows the true essence of his country and paints it in a beautiful bright light. Mabast King has positively influenced the lives of many and has even changed the way the world sees his home place.

He is a social media star and with his positive influence, it surely seems that he is ready for the world to change its views and ideals. Apply for various posts in the Unique Identification Authority of India 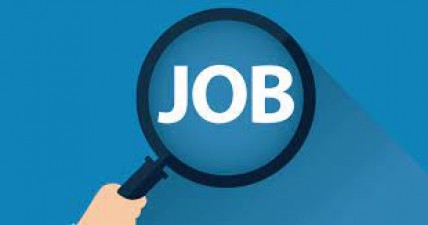