New Delhi: As the survey of the controversial Gyanvapi structure of Varanasi begins, the entire liberal, leftist and fundamentalist gang is stunned. In this sequence, Professor of History of Delhi University (DU) has shown his poor thinking by commenting on the Shivling found in the Vazukhana of Gyanvapi. The demand for action is being met with sharp criticism. Religious sentiments of Hindus have been hurt by his comments on social media on Shivling found in Gyanvapi. 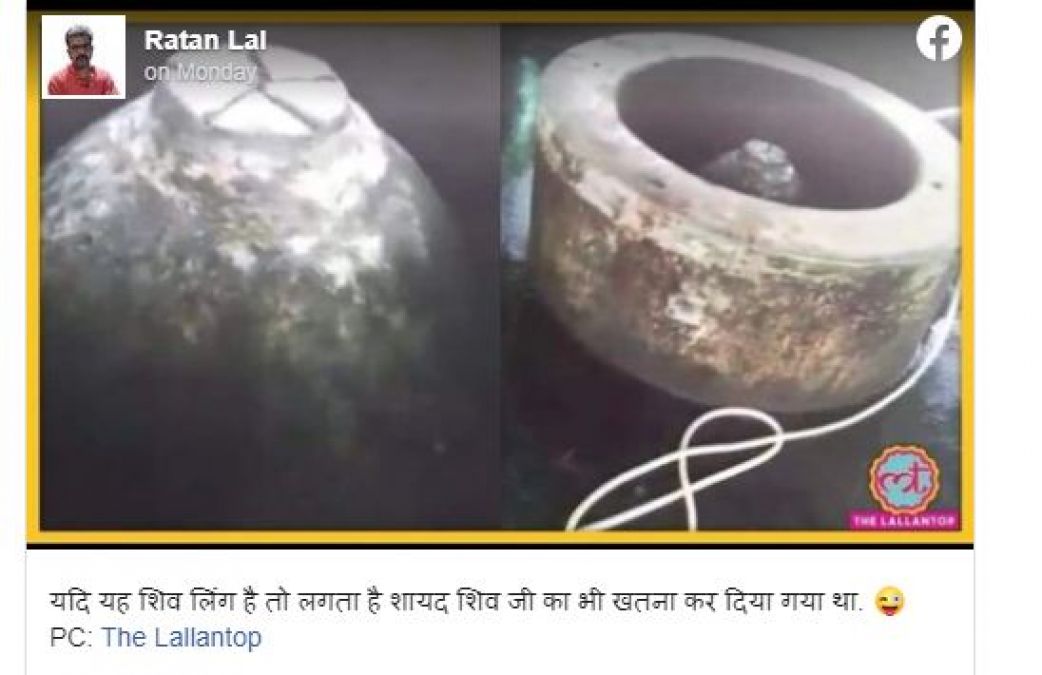 Sharing a link on Facebook, Ratan Lal, who is working as Associate Professor of History at Hindu College, Delhi, wrote that, 'If this is a Shiva linga, then it seems that Shiva ji was also circumcised.' Along with this, Ratan Lal has also put a teasing emoji in his post. While many people have reprimanded him for this petty post of Professor, many leftists, liberals and fundamentalists were seen laughing and abusing with ridiculous remarks. Commenting on his post on Facebook, a user named Sanjay Kumar has written, 'Deliberately trying to appear liberal, came down on frivolity. You are a professor of history, talk about facts. I expected better from you. 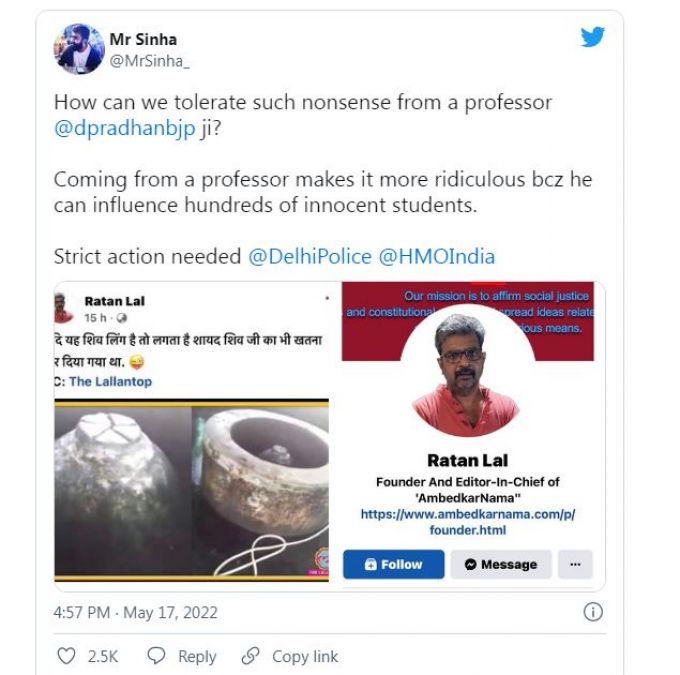 On the other hand, a user named Mr. Sinha, sharing a screenshot of Ratan Lal's profile and Facebook post on Twitter, has tagged Education Minister Dharmendra Pradhan and demanded strict action. He wrote in his post that, 'How can we tolerate such nonsense of a professor @dpradhanbjp ji? Such nonsense coming from a professor makes it all the more ridiculous as he can impress hundreds of innocent students.' In the same post, he has also tagged Delhi Police and demanded strict action.