'Omicron spreading very fast, be vigilant all countries...', : WHO New Delhi: The World Health Organization (WHO) is constantly alerting people to 'just' the Omicron variant of corona. In a press conference, WHO issued a new warning on the variant, saying that the speed at which the Omicron variant is spreading has never been seen before. Its cases are growing in an unprecedented way all over the world. So far, confirmed cases of this tremendous muted variant have been reported in 77 countries. WHO Chief Tedros said in a press conference that the variant is also estimated to be present in several other countries that have not yet detected it.

WHO Chief Tedros also expressed concern over low efforts to counter the variant. He said, 'Of course, so far we have realised how dangerous it is to take this variant lightly. Even though Omicron is giving a minor illness, its cases growing in large numbers can once again put pressure on the health system.' State that the first case of Omicron variant was first found in South Africa in the month of November.

WHO expert Bruce Ayelward issued a stern warning, 'It should not go to the conclusion of treating it as a mild disease. By doing so we're creating a deadly situation for ourselves.' WHO said new variants will have more opportunities to flourish in places where vaccination rates are low, including Africa. It is estimated that by May 2022, Africa will be able to get 40 percent vaccination and it will take until August 2024 to reach 70 percent.

WHO Chief says, Omicron is spreading at an unprecedented rate 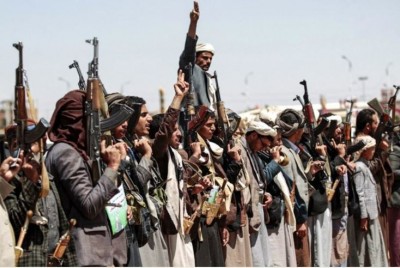