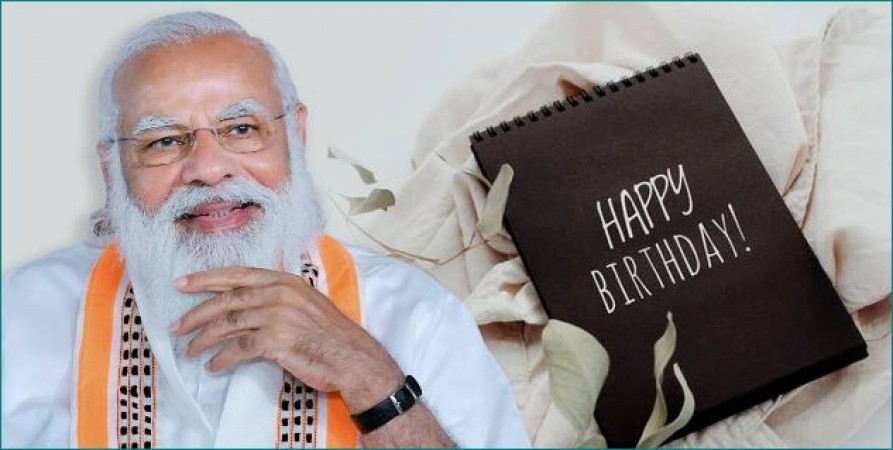 Prime Minister Narendra Modi is celebrating his 71st birthday today. He has emerged as a strong global leader since 2014. Today, both the country and the world are surprised to see the Prime Minister's decision-making ability. PM Modi's intentions are very firm and he has taken India to different heights. In his speeches, the Prime Minister had said, "Criticism inspires him to do better.'' Now today we tell you 5 another special story of the Prime Minister.

1. Love and kindness to animals and birds- Narendra Modi has been in love with animals and birds since childhood. This scene has been viewed several times. PM Modi has been seen loving animals many times. Kishore Makwana has written an anecdote in 'Common Man Narendra Modi.' It says, "During his school days, Narendra went to an NCC camp from where he was forbidden to leave. A teacher named Govardhanbhai Patel noticed that Modi climbed a pole, got very angry but the next moment he saw Narendra climbing the pole and trying to remove a trapped bird. He praised Narendra's act.'

3. The story of Modi's shoes- It is said that Narendra Modi's house was not in a good economic condition. It was also not possible for them to buy shoes. Once his uncle bought him white canvas shoes. The color of the shoes was white so Narendra Modi was afraid of getting shoes dirty and he also did not have money for polish. That's why he came up with a way. He used to collect the pieces of chalk the teachers used to throw, and then make powder of them, soak it and apply it on his shoes. After drying, the shoes looked completely dazzling.

4. Watched film with Big B- Bollywood superstar Amitabh Bachchan shared an anecdote on Narendra Modi's 66th birthday. He had said that "I met you for the first time at the Chief Minister's residence. It was a simple house and a very simple room. I went to meet you seeking tax exemption for my film 'Paa.' Then you said let's watch the film together. You took me to the theatre in your own car. Saw the film with me and ate together. In the meantime, you also had talked about Gujarat Tourism.

5. Dhirubhai predicted to becoming Prime Minister- Reliance founder Dhirubhai Ambani had already predicted Narendra Modi of becoming prime minister. He had told his businessman son Anil Ambani about this. Anil Ambani once shared a story about it and wrote, "I met Narendra Modi for the first time in the 1990s. My father Dhirubhai Ambani had then called him to lunch at home.'' After the conversation, Dad said, "Long race has given horses, a leader has become PM.'' He meant - He is a horse of a long race, he is a leader in the true sense, he will become the Prime Minister. Dad had dreams in his eyes. He was like Arjun knew his vision.