Most of the party leaders of the country including Congress leaders Rahul Gandhi, Priyanka Gandhi Vadra and Jairam Ramesh have put tricolour on the display picture of their respective social media accounts. However, on behalf of congress leaders, photos of the country's first PM Pandit Jawaharlal Nehru holding the tricolour have been put up. Meanwhile, the Congress media in-charge Jairam Ramesh attacked the Sangh by changing his profile picture.

Party General Secretary Jairam Ramesh tweeted, "While hoisting the flag on the banks of river Ravi at the Lahore session of 1929, Pandit Nehru had said- "Once again you have to remember that this flag has now been hoisted. As long as a single Indian man, woman, or child is alive, this tricolour should not be bowed down. The countrymen did so.'' In his next tweet, Jairam Ramesh said that we are putting up a profile picture of our leader Nehru with the tricolour in his hand, but it seems that the PM's message did not reach his family. Those who did not hoist the flag in their headquarters in Nagpur for 52 years, will they obey the PM? Similarly, Congress leader Rahul Gandhi has also put the picture of Pandit Nehru in his DP with a tricolour in his hand.

These Two top Kerala leaders waiting to launch their sons in politics?

'Shiv Sena is of whose'? No answer yet, know when will SC hear it? 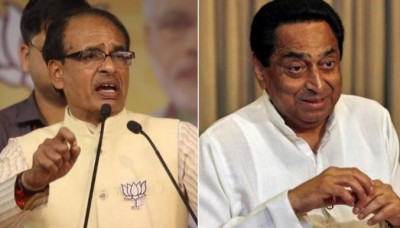