Barmer: A woman remarried in the Barmer district of Rajasthan, while the panchayat imposed a fine of Rs 11 lakh. The victim has now appealed to the Additional Superintendent of Police following the order of the Panches. The victim narrated the misbehaviour to the Superintendent of Police alleging that panch-Patel of the society, including Tilokram, had made life difficult.

According to the victim, she got married again about 18 months ago. According to the victim, her first husband raped the daughter and is in jail in the case. After raping her daughter, she divorced her first husband and married her second 18 months ago. After her second marriage, the panch and Patel samaj of the society was constantly pointing fingers at the second marriage. The woman said that on the 17th of last month, more than 35 Panches called a panchayat against us and called us too and imposed a fine of Rs 11 lakh.

The victim's second husband also accused Panch-Patel of making it difficult for us to live. We can't pay Rs 11 lakh, so we've been evicted from society. No one can come or go to our house. We had lodged a complaint with the Sedwa police station on the 17th, but no action has been taken so far, after which we have made our point before the Superintendent of Police, Barmer. We are also in danger of life. 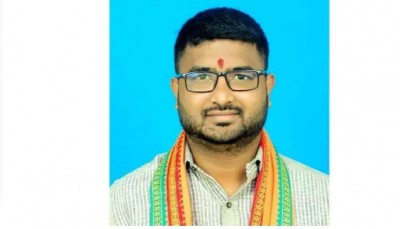