Bharatiya Kisan Union (BKU) national spokesperson Chaudhary Rakesh Tikait has said that farmers will have to guard the vote. The leaders have no faith. On March 9 and 10, the farmers stayed around the counting sites and guarded their votes with open eyes.

In a tweet, the BKU spokesperson said that it is necessary to guard the vote in addition to the border of the country and the watch of agriculture. The time has come for the farmers to get ready for March 9 and 10. In a peaceful atmosphere, stay around the counting venues and monitor whether there is any disturbance in your vote. The police administration has started preparations for the counting of votes even faster. DM Chandra Bhushan Singh said that on March 10, people from outside will not be allowed to stay at hotels, restaurants in the city. No one will be allowed to spoil the atmosphere. 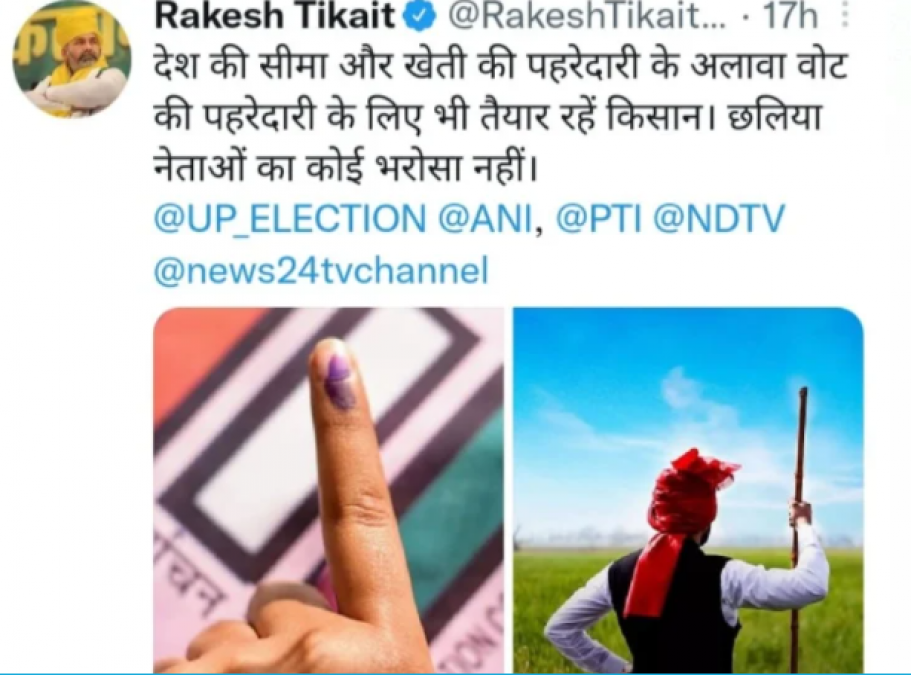 CM Yogi meets citizens who have returned from Ukraine, says this is a big deal