Burhanpur:  A father killed his son in Burhanpur, MP. Thereafter, he along with his wife and daughter disposed of the son's body. The police has disclosed the incident after 15 days. The police solved the matter with the help of a rope.

Burhanpur SP Rahul Kumar Lodha said that the matter is of Dhulkot village of Nibola police station area. On January 5, the body of a man named Ramakrishna was found in the Ruparel river. The hands and feet of the dead body were tied with rope. Investigation revealed that the deceased had a dispute with his family. On further investigation, the same rope was found at the house of the deceased, which was tied in the hands and feet of the dead body. On this basis Ramakrishna's father, mother and sister were questioned. He confessed to the crime and accepted the matter of murder.

The same Ramakrishna's mother, father and sister told that he had got engaged. After that he used to talk to another girl throughout the day. At around 10 pm on the night of January 2, Ramakrishna was talking to the girl on the call. This angered his father Bhiman Singh and shouted at Ramakrishna. There was a fight between the two. He slapped and pushed Ramakrishna. Due to pushing, Ramakrishna collided with the wall of the bathroom and fell on the ground. Thereafter, the father kicked Ramakrishna hard on the chest. When there was no movement in Ramakrishna's body, the father panicked and tied his hands and feet with a rope. Thereafter, father, mother Jamnabai and sister Krishna Bai together threw the dead body in Ruparel river. After interrogating the criminals, the police produced them in the court. The court sent him to jail. 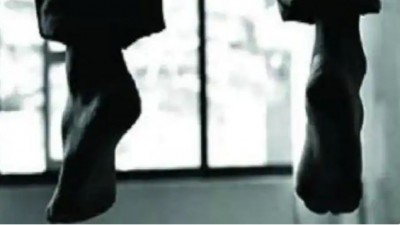