Hong Kong: This week, analysts forecast a "perfect storm" brewing in Hong Kong's exchange fund, the city's war chest used to protect its currency pegged to the US dollar against short-seller attacks. Will report its worst quarterly loss on record. Global markets that have liquidated their investments.

At a meeting of the Legislative Council's financial affairs panel on Wednesday, Eddie Yew Wai-man, CEO of the Hong Kong Monetary Authority (HKMA), which administers the fund and acts as the city's de facto central bank, will make a presentation on . Fund's investment results.

In the fund's interim report earlier this year, Yu warned of significant damage from a perfect storm in the markets, citing volatile asset prices. The triple whammy of concurrent declines in the bond, currency and equity markets was expected to reduce returns.

Also Read: Taiwan's economy is in a "softening phase," but China's problems won't be solved quickly

"It is inevitable that exchange funds will report a significant loss during the third quarter," said Louis Tse Ming-kwang, managing director of Wealth Securities. "Rising interest rates and high market volatility have hurt the performance of global equities, bonds and currency markets."

According to Tse, the loss for the July to September period could be larger than the second quarter loss, which was HK$95.4 billion ($12.2 billion), the second worst quarterly loss ever.

It could also surpass the HK$112 billion loss recorded in the first three months of 2020, when the coronavirus pandemic first emerged, to hold the record for the worst quarterly loss ever.

The exchange fund, which was established in 1935, ended last year with total assets of HK$4.57 trillion. It has recently experienced two annual losses in 2008 and 2015.

Tse claimed that even if it improved in the fourth quarter as a result of better global stock market performance, it would still surpass its losses since 2008 and post its worst annual performance.

Since 2003, the HKMA has published quarterly performance data for exchange funds. If the fund reports further quarterly losses, it will be only the second time in its history that it has done so, following the 2008 global financial crisis.

The fund has already disclosed a record loss of HK$144.2 billion for the six months ended June 30. This includes a loss of HK$48.8 billion in the first three months.

In a letter distributed to lawmakers on 23 November, the HKMA had already warned them that the third quarter would be difficult. It said that in the third quarter of 2022, "global financial markets have been dominated by geopolitical conflicts, rising inflation, central bank monetary policy tightening, the energy crisis and concerns of an economic slowdown."

According to the paper, which is based on the Bloomberg Global Aggregate Total Return Index and the MSCI All Country World Index, global bond and equity markets each declined 7% during the third quarter, continuing the unusual phenomenon of "equity down, bond down". down" position.

The S&P 500 in the United States fell 5.3% in the third quarter to its lowest level in nearly two years, while the Hang Seng index in Hong Kong fell 21.2% to its lowest level in 11 years during this time. According to the HKMA paper, in the first nine months of 2022, global stock markets fell by 27% and global bond markets by 20%.

Since this year has been unusual, the exchange fund may not report positive results, according to Kenny Wen, head of investment strategy at Hong Kong-based broker KGI Asia. A balanced portfolio would find that this year's decline of more than 20% is the worst since the 1930s.

The US dollar strengthened on the back of rising interest rates, while the euro and pound sterling both fell to 20-year lows and hit all-time lows.

Because the ground lost in the fourth quarter is difficult to make up, he continued, the fund will report record losses for the full year.
Furthermore, Hong Kong is expected to follow the lead of the US Federal Reserve and raise interest rates in lockstep, despite being in an economic downturn this year.

According to the HKMA, exchange funds had 72 percent of their investments in bonds at the end of last year, 12.3 percent in foreign stocks, 6.6 percent in deposits, and 5.1 percent in other assets such as foreign real estate or other private equity investments. and 4 percent in Hong Kong stocks.

Also Read:  Despite a weaker dollar, the equity bear market rally will last until 2023

Famously, Hong Kong relied on the fund in late 1997 and early 1998 to defend its currency and financial markets from an onslaught of short-sellers led by George Soros.

The HKMA took its most aggressive stance so far during this year's rate hike cycle and used exchange funds to buy HK$241.2 billion in 40 interventions to protect the currency peg. 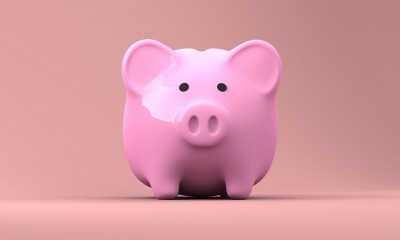