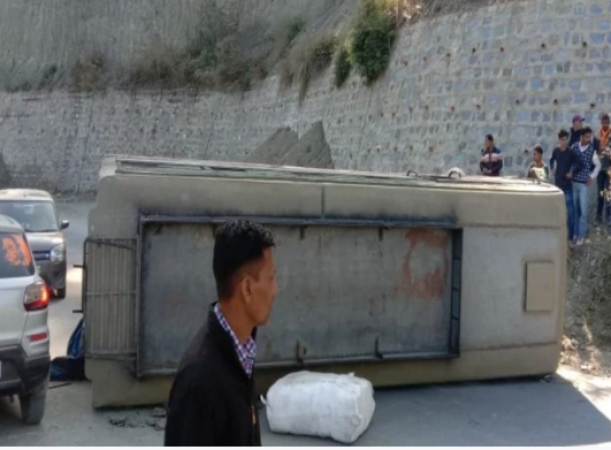 Dehradun: The rising number of incidents each day has instilled fear in the hearts and thoughts of the public; indeed, there have been several painful stories that have saddened everyone in recent days. We have a case for you today that will surprise you. On Saturday, a bus toppled on the Rishikesh-Gangotri Highway in Uttarakhand's Tehri district, causing a ruckus among the public. The collision resulted in the injuries of six people. Two of the injured were sent to the AIIMS in Rishikesh for treatment.

The bus was then damaged and crashed on the route near Kandisoud Ramol village. The bus carried a total of 22 passengers. The collision wounded six passengers on board the bus. Two people are thought to be in critical condition, while another has a hand fracture. The injured were transported to CHC Kandisoud by 108. From there, two injured people were taken to the AIIMS Hospital in Rishikesh by ambulance.