Tripura: Muslim mob breaks down on Hindus after Juma Namaz Agartala: A mob of Muslims attacked a Kali temple at Kailashhar in Tripura's Unakoti district on Friday (October 29). The incident came after rumours that Hindus had set fire to a mosque in the state. According to reports, the Muslim mob stormed the Kali temple at 4 pm. They broke the statue of mother there and damaged the temple.

Another case also came to light in which ABVP activist Shibaji Sengupta was attacked by NSUI and Trinamool Students' Councilmen. The ABVP worker sustained injuries in the incident but his condition is now stable. According to reports, there were several appeals for restoration of peace in the area, but in about 1100 mosques in Tripura, after Friday prayers, the community was provoked and then the situation in the area worsened.

The administration has imposed Section 144 in the area to control the situation. Now there is a ban on 5 people gathering in one place. The ban will remain in force till October 31. Unakoti police said, "Section 144 has been imposed in Laxmipur and Kailashhar for disturbing the peace in 2 separate incidents. Yesterday, unidentified miscreants ransacked the Kali temple in Laxmipur, and the ABVP leader was attacked by NSUI and Trinamool Students' Council workers in Kailashhar.'' 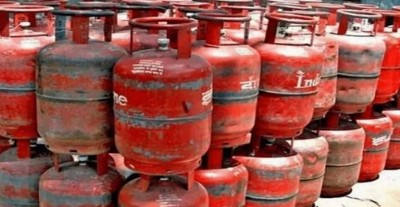 Qutub Minar not 'Surya Observatory'..., says former Regional Director of ASI- Vikramaditya had got the construction done by