Dehradun: Former CM Harish Rawat, chairman of the Election Steering Committee, said that if his government is formed, the unemployed in the state will be given a pension of Rs 5,000 per month. The pension will be given to youth above the age of 40 years. The closed ITI Gandkhal and Gwadi in the block will be reopened.

Addressing the gathering at the same function on Saturday, former CM Harish Rawat said that the development of the state was blocked in 5 years in the double engine government. The proposed motor bridge in Bean river has not been constructed till date. The Kauria-Kimsar motorway is also in a bad shape. He said Janata inter-college Kimsar will be politicised. Bindwasini bypass will be opened for tourism. All-weather road will be constructed in Talghati

Rawat said BJP has been MLA in the Yamkeshwar assembly since the formation of the state. If there was a change, the wind of development would have flowed in the region. Congress State President Ganesh Godiyal said that the Santali motor connecting Garhwal and Kumaon in the Yamkeswar assembly has been met with negligence on the part of the local MLA. If the local MLA were serious about the construction of this bridge, the motor bridge would have become more than half of it today. The foundation stone has not yet been laid. Former Kotdwar MLA Shailendra Rawat said that Kanya college will be opened in the Yamkeswar block sector when the congress government is formed in the state. Instead of distributing CM financial assistance to the poor and needy in the assembly constituency, it has been distributed to individual secretaries of MLA and BJP workers. About 150 workers who left BJP and UKD joined the Congress at the event. 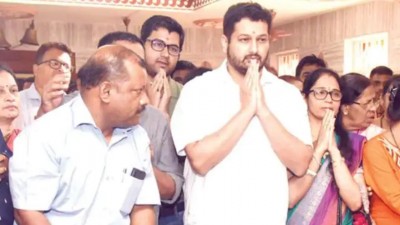