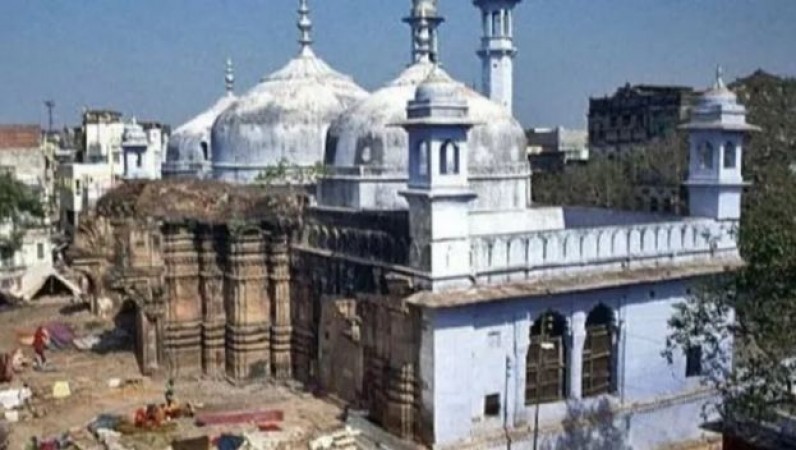 Varanasi: The Vazukhana of the disputed Gyanvapi Mosque in Varanasi has been sealed after a Shivling was found. In view of this, Varanasi DM Kaushal Raj Sharma has made special arrangements for the prayers. According to reports, the administration has arranged 50 lots and two drums of water in the disputed structure to perform Wudhu before Friday (20 May 2022) prayers.

At the same time, the Anjuman Inazaniya Masjid Committee of Varanasi has urged people not to come to the mosque in large numbers to offer Friday prayers. The reason for this is said to be the sealing of Vazukhana of Gyanvapi. People have been appealed to offer Friday prayers in the mosques of their locality. It is being told that on Thursday (19 May 2022) before the Friday prayers, DM Kaushal Raj Sharma had a meeting with Muslim representatives and religious leaders of Varanasi. In this meeting, he urged the Muslims to maintain peace and order and informed them about making complete arrangements for Wuzu before the Namaz. The DM said that 2 drums of water and 50 lots have been arranged in the premises so that the worshipers do not face any problem in performing Wudu in Gyanvapi.

Let us tell you that the survey work was done for three days in Gyanvapi Masjid located in Varanasi. On the third day on Monday (May 16, 2022) from the Hindu side, a 12 feet 8 inch long Shivling was claimed to be found in the Vazukhana in front of Nandi. After which Justice Ravi Kumar Diwakar of Varanasi Civil Court ordered that the place be sealed and handed over to CRPF. At the same time, the top court had ordered the district administration that the place where the Shivling was found should be sealed and given full security, but due to this the prayers should not be interrupted.