Not so long ago, artists and aspiring actors had to follow a hierarchy to be a part of an ad or film project. For the auditioning process, one had to wait in the long queue before giving that perfect shot. However, this pattern has radically changed after the advancement of social media. The internet has become a common ground for artists to showcase their talent. Who would have imagined that the webspace could give immense popularity to artists? Well, utilizing social media effectively, Mohamed Faizan Ahmed aka SuperStar Faizu has is gaining the right momentum.

At just 21, he is proving his mettle as a versatile personality. Besides being a fantastic actor, he is a YouTuber, entertainer, anchor and event organizer.  With his roots in Kaurampeet, Mahabubnagar city of Telangana, he was brought up in Hyderabad. To begin his career, Mohamed Faizan Ahmed started creating videos on YouTube that eventually saw him transit into the short-form video platforms including Dubsmash, Musical.ly and TikTok.

The lip-sync videos he created on these short-format video platforms saw him earn the name SuperStar Faizu by his fans. Keeping the consistency intact, the supremely talented artist gained 100K followers on TikTok in just a few months. The young lad through social has not just earned recognition but has even made his profession as a social media star. Some of his incredible achievements include hosting an international show in Dubai.

More so, SuperStar Faizu is said to be the youngest host from Telangana. Another laurel in his cap is the performance he did in Andhra Pradesh. For the same, Faizu was bestowed with an award from the Deputy Chief Minister of Andhra Pradesh. What started as a YouTuber saw him earn a tremendous fanbase over short-video platforms, and now he is taking the events industry by storm in Hyderabad.

Before the pandemic in 2019, SuperStar Faizu organised his first event named SSF Event that was a huge hit in Hyderabad. After that, he has performed and hosted several shows and was awarded for his skills as an anchor. Apart from this, he is also keen to make his foray into the world of films. The actor is looking forward to making his debut as a mainstream actor. While concluding, Faizu stated that he would love to act in web series and music videos. We hope that Faizu achieves his goals, and here's wishing the bundle of talent lots of luck for his future aspirations.

From Monalisa to Sambhavna Seth, see Diwali look of these Bhojpuri actresses 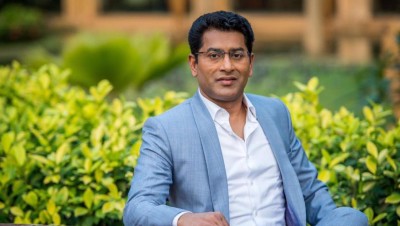