Dhaka: Atrocities against minorities in Bangladesh are not taking the name of stopping. Where a Hindu girl was molested by a man and then killed. The accused then posted the girl's picture on Facebook and declared that she was dead. The deceased girl has been identified as Anuradha Sen, a child belonging to the Hindu minority community at Nalitabari Upazila in Sherpur, Bangladesh.

Muslims kidnapped 15 year old Anuradha Sen in Bangladesh. Later a photo of her was shared on her own Facebook a/c & it was written that no need to find her, she is dead.

According to the report, the Hindu girl who was first kidnapped, then after her murder, the accused had uploaded her picture on her Facebook account. In the caption of the post, the accused wrote, "There is no need to find her. She is dead.'' In this case, a man named Bari Mehdi is being suspected as he had earlier threatened Anuradha's brother over the phone. According to reports, the victim had appeared for the 10th board exam from Bankura High School this year. It is said in the case that the who had kidnapped the victim, had earlier pretended to call the girl from her school to provide government funds for her further studies.

The incident is reported to have taken place on Sunday, July 25, when the accused called Anuradha's mother and asked her to send the girl to school to collect the money. The caller said that financial assistance is being provided by the government to certain students and Anuradha is one of them. However, the girl's family later came to know that the man had trapped the girl by lying and calling her to school and had molested her. When the victim's father went to the school and searched for her, there was no trace of the deceased. He then lodged a complaint at the Nalitabari police station.

The brother also told the police that the call he had received that day and the call to his mother who had asked her to send Anuradha to school were both from the same number. Reports suggest that the accused killed the girl on suspicion of having an affair with someone else. At present, Bangladesh police are investigating the case and no arrests have been made till the time of writing the news.

After Karnataka, now this BJP leader killed by Miscreants 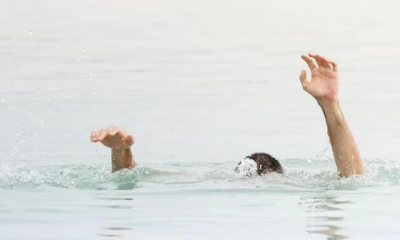