In Madhya Pradesh, unidentified assailants killed a farmer. Not only that, but the assassins slashed the farmer's throat and took him with them as well. When the incident occurred, the farmer was working on his land. A case has been filed and an investigation has begun.

The murder case was discovered in Jabalpur, Madhya Pradesh. Unidentified intruders cut the neck of Gaya Prasad, a 60-year-old farmer working on a field in Parasiya village, Tilwara police station. The case is scheduled for Monday afternoon.

At 3 p.m., the event was reported to the police. Police arrived on the scene, took charge of the body, and transported it to the morgue for an autopsy. The farmer's neck was cut by unknown perpetrators, according to Rahul Saiyan, in charge of the Tilwara police station. He was working on the farm at the time. The police have opened an investigation into a murder case that has been filed. 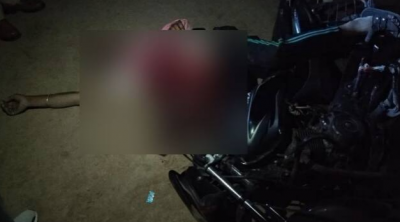