Patna: Recently, 10 persons were died in Nalanda in Bihar due to poisonous liquor which has created a stir in the state. Sunil Kumar, 28, from Nalanda, worked as a painter in Nalanda and has also died during this period. Sunil Kumar had consumed poisonous liquor on Saturday night after which his health deteriorated and he died on Sunday morning.

Sunil Kumar's family members said that he often came home drunk and the same thing happened last night, but after coming home, his health started deteriorating and then he succumbed to his injuries by morning. In Nalanda, seven persons were killed when they allegedly consumed poisonous liquor in a small hilly area of Store Sarai area. Sunil Kumar was among the dead. Sunil Kumar's sister said that my brother had come drunk last night after which his health deteriorated and then he died in the morning. Sunil's father Vijay Kumar also said that his son used to come drunk often but he has no information about where he used to get alcohol.

The same Vijay Kumar said that his son was not married yet and worked as a painter in Nalanda itself. The local administration is continuously conducting raids in the area following the toxic liquor incident in Nitish Kumar's home district. They are searching for persons involved in illicit liquor and its trade. While the postmortem of all the seven bodies is being conducted at Sadar Hospital in Nalanda, another shocking incident has come to light. Liquor bottles were found just outside the spot where the postmortem of 7 bodies was taking place. 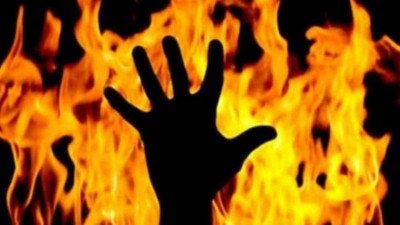