Elder beaten to death with sticks Recently a case of crime which has come up is from Amethi in UP. Where a big murder incident has come to light amid the lockdown. Angry over the old enmity after complaining of theft at the police station here, the miscreants visited the temple outside the village and attacked the elderly returning home with sticks with sticks. He escaped from the spot. Seeing the information of this incident, in view of the tense situation on the spot, the police has been deployed in search of the killers. According to the news received, this case is related to Hariharpur village of Munsiganj Kotwali area, where Awadhesh Singh , a resident of the village, was running an old rival from some people of the village itself.

At the same time, two days ago, the Somersable pump was stolen by Awadhesh Singh, which Avadhesh Singh had complained to the police station late in the evening. After getting the complaint in this case, the police was still investigating the case that while going back home after visiting the Jalpa Devi temple built outside the village this morning, the domineering lathi batons, armed with sticks, attacked Awadhesh Singh He escaped from the spot after attacking with sticks. According to reports, the seriously injured elderly Awadhesh Singh was rushed to family and rural district hospital where he died during treatment. After this case, the police force has been deployed on the spot in the village. Simultaneously, seeing the seriousness of this incident, the SP himself inspected the site of the incident and relatives went to the district hospital.

On the whole matter, the Superintendent of Police said that "there was an old ground dispute of these people, on which many cases of both sides are also going on and the civil court is also under consideration". And all the accused will be sent behind bars. 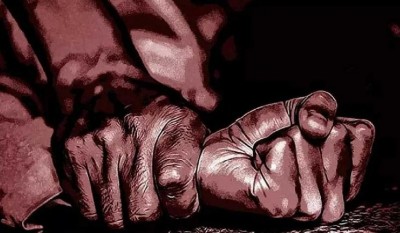