Actress Priyanka Chopra has made a special mark from Bollywood to Hollywood. The actress is busy shooting for her upcoming series 'Citadel'. Now the actress has completed the shoot. The actress shared some photos with the 'Citadel' team and informed fans.

Priyanka is seen in different clothes in the photos. The actress is seen with the team of 'Citadel'. Everyone is seen having fun and laughing. Sharing the photos, Priyanka wrote, 'This is Citadel's wrapup. The most intense work throughout the year in the most intense time. It didn't know to be possible without such fantastic people. You can see some here, but there is nothing visible in this picture. It's been difficult, but when you look at it it'll look 'worth it'. Fans are liking these photos a lot. 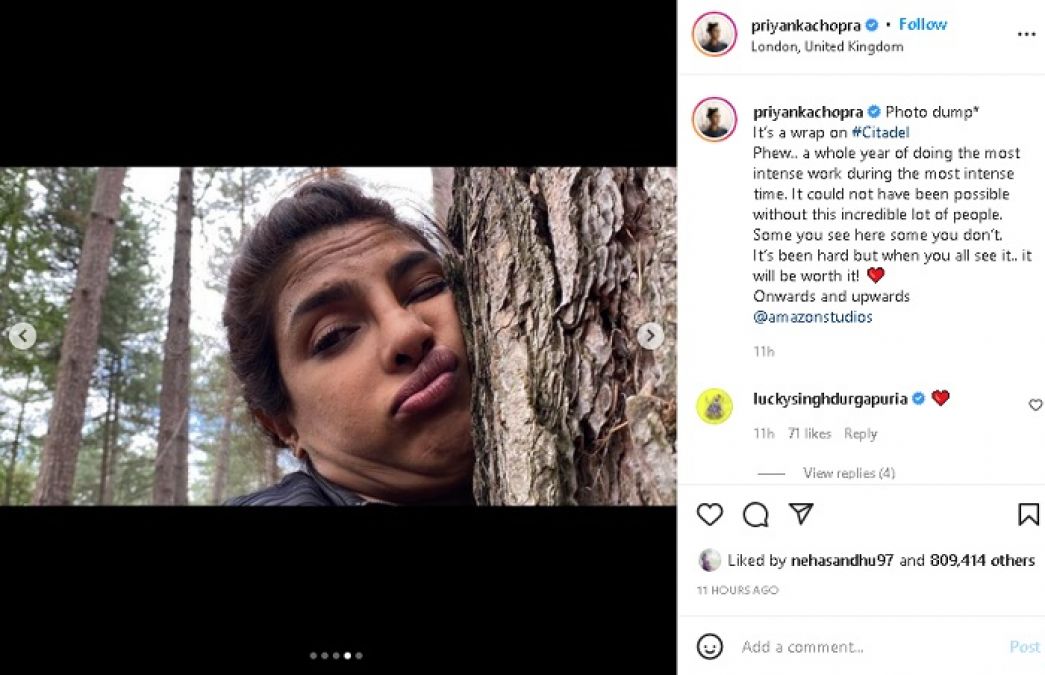 According to media reports, Priyanka has worked very hard for 'Citadel'. The actress has completed the shoot in the freezing cold of London. Apart from which the actress is also set to appear in the movie 'The Matrix: Ressurection'. The movie is slated to release on December 22. The trailer of the movie was released by the makers in September.

After Priyanka, this actress has now removed her surname