Drivers License singer Olivia Rodrigo and Joshua Bassett recently met again at the premiere of High School Musical: The Musical: The Series Season 3. The rumoured exes slayed the red carpet while twinning in black, the two also posed together at the event flaunting their toothy smiles to the camera meanwhile fans are suggesting that the two are now on good terms. 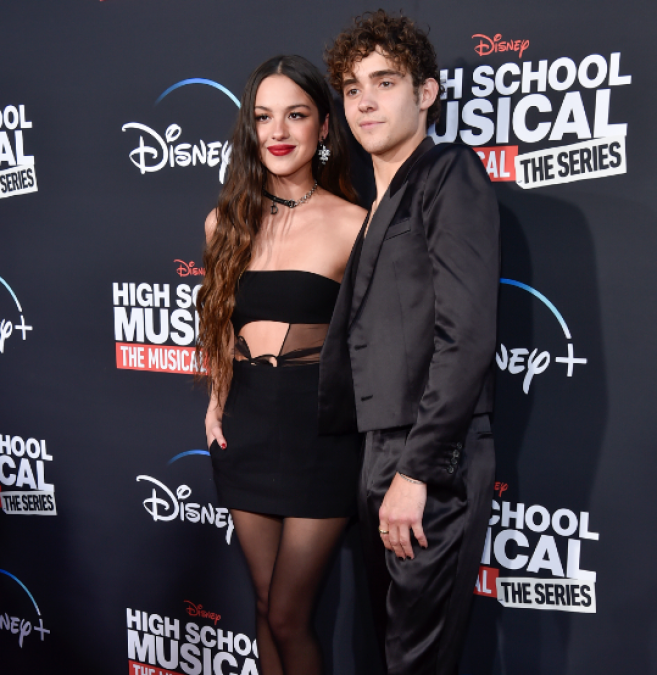 Even the duo in particular never confirmed whether they were dating, however, the fans of the series speculated that they were together and Bassett was the inspiration for Rodrigo’s hit song Drivers License and other songs from her debut album Sour, which is famous to consist some of the popular breakup bangers. Rodrigo also addressed the rumours and spoke about who inspired the songs and stated that it was the "least important" part of the song for her.

Both had quite similar visuals at the premiere, while Olivia was seen wearing a gorgeous black two-piece with chunky platform heels and sheer tights, whereas Bassett also dressed to kill with his looks with a classic satin black suit for the event.

As for the new season of High School Musical, the series, takes place mostly at "Camp Shallow Lake, a sleepaway camp in California, as the Wildcats and their fellow campers prepare for unforgettable summer full of romance and night outs. The third season is also confirmed to be adieu for Olivia and her character Nini. The singer will only be a "special guest star" in the new episodes.

Zayn rocks pink hair in a dreamy selfie, fans have gone wild in the comments