New Delhi: Fed up with the dual attitude of People for the Ethical Treatment of Animals (PETA), ordinary people don't pay heed to what they say anyway, perhaps that's why PETA has now resorted to sex-related things to bring themselves into the limelight. PETA is putting sex-related videos on his Twitter handle. Trying to show how a partner can be made happy in the bedroom after eating the fruit by using his finger on the fruits.

Can’t put your finger on what’s not working in the bedroom? pic.twitter.com/BvKMhpQVG3

In a video, PETA has taken a variety of fruits and is shown turning his finger on them. The caption and PETA are clearly showing how they want to grab people's attention. Finger movements on fruits have been shown in such a poor way that users start writing in response that they will have a useless sex life, but they cannot eat fruits like this. In fact, PETA is trying to tell people by performing such poor stunts that these fruits are a cure for those who are facing a bad sex life. He believes that treatment for such people is only being vegan. PETA claims that vegans people enjoy their sex life more, while non-vegans, especially carnivores, are not able to enjoy it as much. 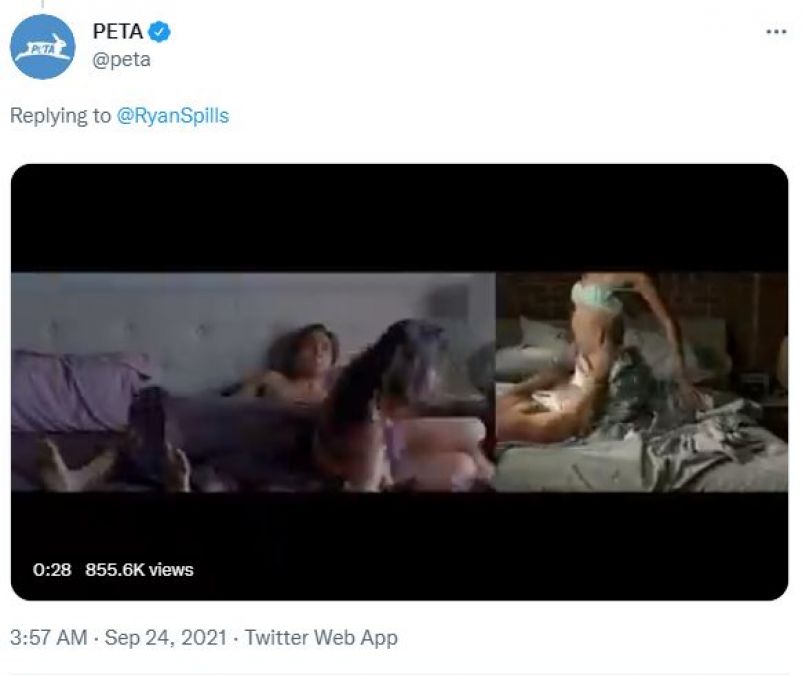 The video contains strange claims. The captions also read anything, like, 'Want to temper things in the bedroom? Chilli paper will make you hot and heavy without taking time. A little orange juice will increase the flow of blood to your essential organs. Take plenty of zinc so that the desire increases. Avocado will give you the stamina to spend hours. Your partner will thank you.' PETA not only stopped from being inferior to fruits, but they have also shown two couples in another video, one of which is a couple of carnivores and the other is a vegan. PETA in this video shows that carnivores are not able to enjoy sex life for long while Vegan is enjoying it to the fullest.

These people call Osama a martyr,' when India slammed Pak in front of the whole world