Thousands of neglected temples in Kashi are to be restored Soon "The booklet 'Kashi Khand' mentions over 1,000 temples in Varanasi. "We have found 40 neglected Temples so far, and more are being discovered," said Govind Sharma, Ganga Mahasabha's campaign in-charge and general secretary.

According to him, the first phase of the campaign would include 108 such temples, with Akhil Bhartiya Sant Samiti allocating Rs 2,500 per month for worship and Rs 5,000 per month as honorarium to the sitting priest. Last year, the Sanskritik Sansad in Kashi accepted the campaign's resolution.

Mahant Ravindra Puri, head of Akhil Bhartiya Akhara Parishad and general secretary of Mahanirvani Akhara, stated that neglected Kashi Temples will be restored, and plans for regular worship,'shringar', and 'aarti' would be made.

According to him, such temples will be chosen by a committee chaired by the general secretary of Shri Kashi Vidvat Parishad and Ganga Mahasabha. Mahanirvani Akhara will be in charge of the financial management. He encouraged believers to take an active role in the effort. The initiative is crucial for the protection of religion and public awareness, according to Swami JitendrAnand Saraswati. Later on, 10-member committees of locals would be created to oversee the temple arrangements. 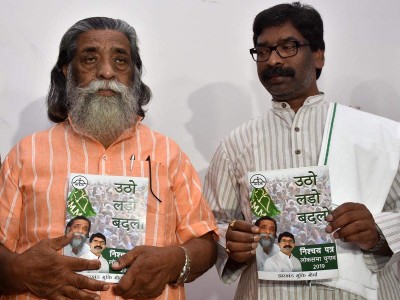