Satna: Some boys beat sticks and hammers on the statue of India's first PM Jawaharlal Nehru in Satna, Madhya Pradesh. Its video went viral. Congressmen have expressed objection to this matter, while the police have said that the criminals will be arrested soon. One of those who attacked the idol covered his face with a cloth while the other had their faces open. A car laden with DJ sets was also parked nearby. Near him was a boy carrying a saffron flag. At the same time, another boy shot the whole incident in the phone. While the boys tried to break the statue of Nehru, Shivraj Singh Chauhan also raised slogans of Murdabad.

Congressmen have given a complaint for the FIR. The CSP said, we are registering an FIR in the matter and on the basis of the video, the search for the culprits is going on. Right now, the police are trying to find out through Prakash Tent House, which offers DJ sets on rent, who were the miscreants who were trying to demolish the Nehru statue.

Former District President of Youth Congress, Rajdeep Singh said that as soon as the news was received, the youth of Congress went on a dharna. Immediately after that we have demanded from the government that an FIR should be lodged immediately and asked the administration to arrest the criminals because this is the issue of the former Prime Minister of the country. He said that the way this work has been done on behalf of Bharatiya Janata Party workers by carrying saffron flag. This malicious attempt has been made by the workers of the Sangh. I also want to tell them that Nehru Gandhi is an idea, it will never fade away. Nothing will come of such actions. We want the administration to take immediate action on this, immediate arrest should be made on this. The same police are searching for the accused. 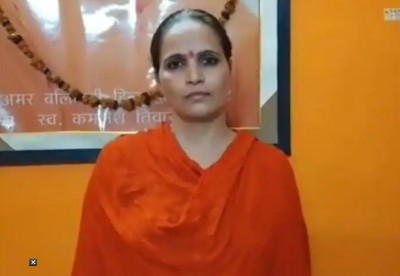