The Bharatiya Janata Party announced to hold a “nationwide dharna” on Wednesday. The opposition party, BJP to go on dharna against “widespread violence” unleashed by the TMC soon after its victory in the recently held West Bengal assembly elections.

The party official has tweeted writing “The BJP has announced a nationwide dharna on 5th May against the widespread violence unleashed by TMC workers post the election results in West Bengal. This protest will be held following all Covid protocols across all organisational mandals of the BJP.” The third time winner CM Mamata Banerjee has proposed invitation to Opposition leaders for post-Covid victory rally. The opposition’s party national president JP Nadda will be in West Bengal on a two-day visit on May 4 and 5. His sudden visit amid the surge is in view of the “widespread post results retributive violence unleashed on BJP workers and supporters by criminal elements in the TMC cadre.” The party tweeted, “He will be visiting families of the affected karyakartas.” BJP dharna scheduled on May 5 when TMC supremo Mamata Banerjee will take oath for a third term as the chief minister of the eastern state. Amit Malviya, the BJP’s IT cell chief and its West Bengal co-incharge also tweeted in response of the wrong doings of TMC Workers.

While earlier in day, the Union ministry of home affairs asked the West Bengal government to file a report over post-election violence in the state. Governor Jagdeep Dhankhar also the director general of police over the “alarming” law and order situation in the state.

The only way to prevent corona infection now is complete lockdown: Rahul Gandhi 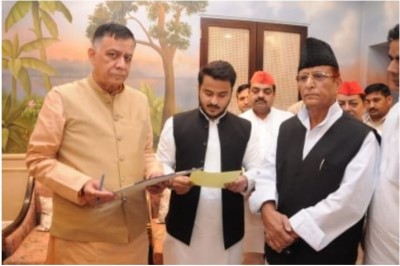