Beyonce's New Song May Be Fit For An Oscar Nomination The Crazy In Love singer has been hard at work on a new project that might get her an Academy Award nomination! Be Alive, Queen Bey's new song is included in the film King Richard, which was just screened at the 2021 Telluride Film Festival, in which the audience hear Queen Bey's new song.

Her original song for the film now qualifies her for an Oscar nomination in the category of Best Original Song. The film is expected to be a prestigious award contender, it appears like she will be a shoo-in for a nomination. Beyonce is the only singer featured on the tune, which is named Be Alive. DIXSON, who also produced the track, co-wrote the song with her. King Richard will be released on November 19 and the song will hopefully be released before that. Beyonce has not yet been nominated for an Oscar, so this could mark her first one!

In other news, Beyonce recently spoke to Harper’s Bazaar US and looked back at her legacy, the foundation of her career, and her 30s, she also spoke about now reflecting on shifting focus to her family; Beyonce has aced in all aspects. She told the magazine: “I’ve spent so many years trying to better myself and improve whatever I’ve done that I’m at a point where I no longer need to compete with myself. I have no interest in searching backwards. The past is the past."

The singer also admitted that she couldn’t afford to miss any opportunity up as a young Black woman. Intending to break all stereotypes of Black superstars (whether it’s falling victim to drugs or alcohol or the absurd misconception that Black women were always angry), Beyonce admitted feeling like she only had one shot to make it and she “refused to mess it up.”

Video: Bird was sobbing after getting entangled in electric wire, rescued by helicopter

'If you stop, will break,' Rakesh Tikait shouted for Muzaffarnagar Kisan Mahapanchayat 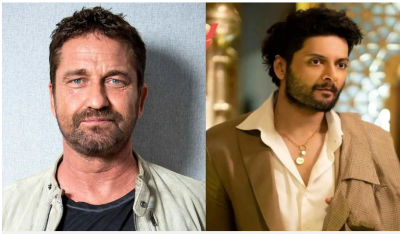