New Delhi: Police have busted a sex racket by raiding a house in Seemapuri, the capital of the country. Police have also arrested 6 people including 5 women in the case. The girls caught in this racket are said to be residents of Noida, Mustafabad and Yamuna Vihar.

Giving information about this matter, Shahdara's DCP R. Satya Sundaram has told that on Sunday, information about a sex racket running in Dilshad Colony of Seemapuri was received. The Special Staff of the district and Seemapuri police station got involved in the investigation of the matter. The team reached the spot in Dilshad Colony and one person was sent as a customer.

As soon as the customer arrived, a 20-year-old agent named Prince contacted him. After the conversation, he took the customer inside to a 38-year-old woman. The woman showed him three girls and the deal was fixed for two thousand rupees. After this, the person who arrived as a customer informed the police over the phone. Acting on the information, the police team present nearby immediately reached the spot and arrested the five.

Over a property dispute, a Kerala man shoots his brother and uncle to death.

Boyfriend raped girlfriend by writing suicide note, your soul will tremble knowing what he did then

Pyaare Mian, used to rape minor girls and send them to parties 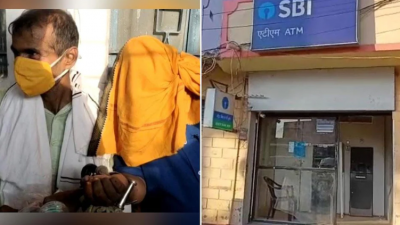