Lucknow: A case of gang rape has come to light again in Uttar Pradesh. There is an attempt to rape a woman in Sitapur in the state and later burn her. While giving information in this case, the Sitapur SP said, "The victim has been rushed to the hospital for first aid. The accused have been arrested. Both the accused are father and son."

These types of incidents are coming to light in Uttar Pradesh. A 30-year-old woman was gang-raped by six men in Badaun last month. In which all the accused were minors between 15 and 17 years of age. The accused also recorded this on camera. The accused were accused of selling these videos to the people for three hundred rupees.

The police department was stirred up after the video went viral on social media. At the same time, a Dalit victim was gang-raped by four youths last year in Hathras. The victim was killed in this after which questions were also raised on the police administration. At the same time, there was a lot of politics on this matter and many political leaders came to meet the family of Hathras victims. 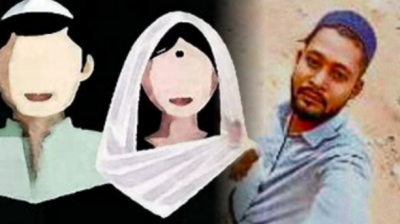