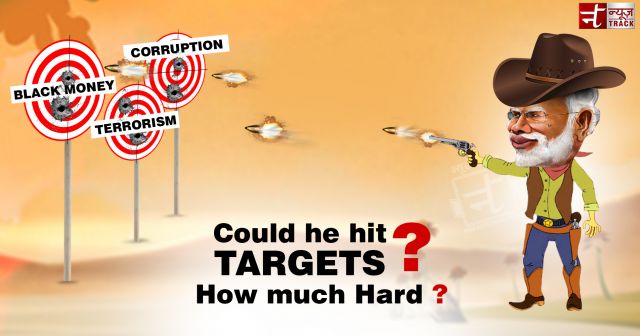 Now the 50 days demanded by PM Modi, are over and it is the time for evaluating the success and failure of the massive exercise of demonetization, which has created an upheaval in the whole country.

The PM had mentioned 3 major objectives of this move, at the time of its declaration on November 8. These were an assault over terrorism and naxalism, elimination of Black Money and curbing corruption. Now we have to see that how much the nation could achieve these 3 objectives and also identify the major failures of the government, may be due to poor implementation. Besides, we should also consider and evaluate the bad effects of this huge exercise and compare them with all its benefits. We want to present an impartial and independent evaluation of this much debated topic, where mostly people are debating with their prejudiced opinions; while we have tried to remain fully objective.

How much success in the assault over terrorism and naxalism ?

Regarding the objective of making an assault over terrorism, the assumption seems logically right that the demonetization made a giant stroke over terrorism. Since, there were reports of investigative agencies that the terrorists were mainly funded by big amount of fake Indian currency from Pakistani establishments. When even the valid notes of 500 and 1000 denominations lost legal tender, then it was obvious that their all fake notes and some of the valid notes both became scrap. In that condition the economic strength or paying capacity of the terror out-fits was destroyed.

Similarly, the naxals used to get funds by collecting cash in the form of high denomination currency from the general public or business people. Their financial strength was also got heavily hit due to this move. However, it is true that, the both types of miscreants may regain their financial resource in the due course; but, as presently they have received a big blow, they can be overpowered by our security forces and may be crushed so much that they would not regain much strength, soon.

How Much Black Money Eliminated ?

On the much more talked issue of black money, it is true that the government could not achieve as much as expected through this move alone. But, for having an impartial view, we should evaluate the move, irrespective of the expectations and should compare its result with the stationary situation I.e. when if such move had not been taken.

As per the information received from Reserve Bank sources till December 28, around 9% of the banned/ demonetized notes could not be deposited in the banks; it means that money of the tune of 1 lakh 38 thousand 600 crore rupees will be out of circulation, now. In addition to that a sum of Rs. 3800 Crores has been confiscated along with more than 60 kilos of gold, silver and jewelry. If we take the value of those high-priced non-cash assets with a conservative approach, even than on adding the three amounts i.e. value of ousted cash, value of confiscated cash and the value of assets seized; we will found that a total of more than Rs. 1 lakh 45 thousand crores of black money is finally eliminated out of our economy.

There is potential of even more elimination Further

Since, the government agencies, like ED, IT Deptt., CBI, ACB, etc. are now very busy in thoroughly checking all the bank accounts with suspicious activities during the last 2 months; it is sure that they will now take actions more rapidly against black money and corruption. Through their raids and other actions, these agencies are likely to seize and eliminate even up-to twice of the amount eliminated till now. It means that black money amounting to around three to four lakh crores of rupees is likely to be eliminated by this massive move of demonetization, within next 3-4 months.

How media is showing this outcome through concave lenses ?

Although, this total amount of likely elimination of black money is not as much as expected by the government from this move; even then, in our independent view it is quite a significant amount and enough to justify the move. While, media in general is under-stating it and mentioning 9% as an meager amount; they are actually causing misconception in general public by mentioning it in percentage and not the actual amount in numbers equivalent to this 9%. In this way they are showing it smaller as the image seen through concave lenses. In fact the total amount of black money elimination till now, as explained above is of the tune of Rs. 1,45,000 crores; which is not small and enough to give a big boost to many good welfare or pro-poor schemes of government.

Effect of demonetization over corruption

The NDA leaders may argue that, demonetization will surely eliminate or reduce corruption; but actually, it can never directly strike over corruption and in the short run, it has little effect over the menace of corruption. Whereas, corruption has become habit or a part of nature of many persons; then it is impractical thought, that changing of currency notes will be able to reduce corruption. However, just after (or better to say it as ‘simultaneously with’) demonetization, govt. Started to promote Less-cash system of transactions and that is the real policy measure, which can bring down corruption by a great extent, through increasing transparency. The cash less transactions provide a big facility to the investigating agencies, that they can check and recheck the transactions and find the wrong/ illegal financial deals.

It is acceptable that demonetization might also have caused a short term decline in corruption. Since, when people are seeing and we expect that they will see much more, that corrupt people could not (and would not) enjoy the wealth collected by corruption and simultaneously, they will also see that corruption is being handled strictly; then people will get discouraged to indulge in corrupt practices. But, it is not enough to be verifiable and regarded as significantly big advantage. Moreover, this effect of demonetization may be only for short period and its sustenance will depend on the government’s further actions against corruption.

Cash-less or Less Cash what is the objective of go..

Has the govt. changed objectives from demonetizati..

What may be the outcome of Rahul’s allegations against PM 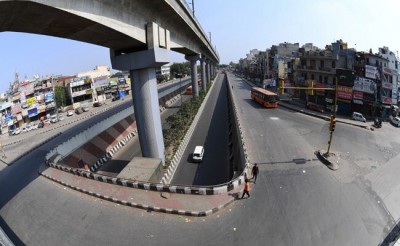 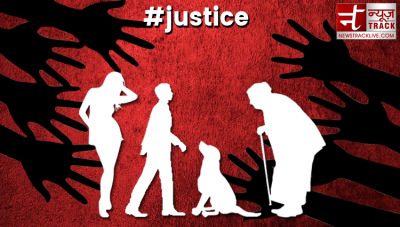 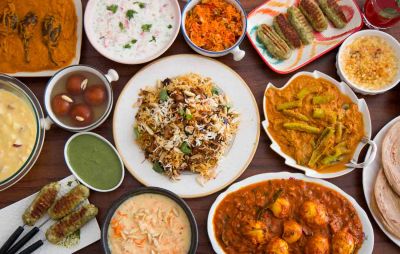 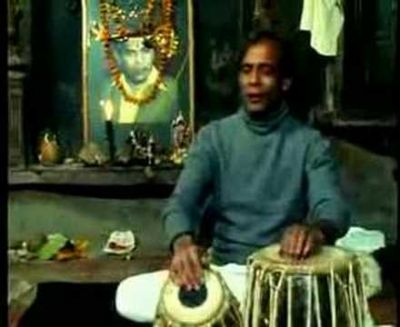 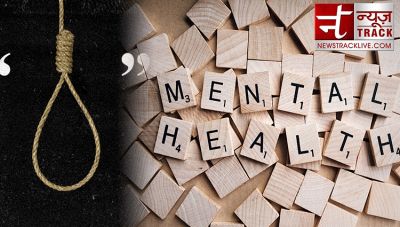 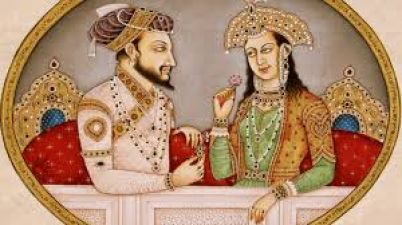